Five arrested for smuggling abalone worth more than R6m 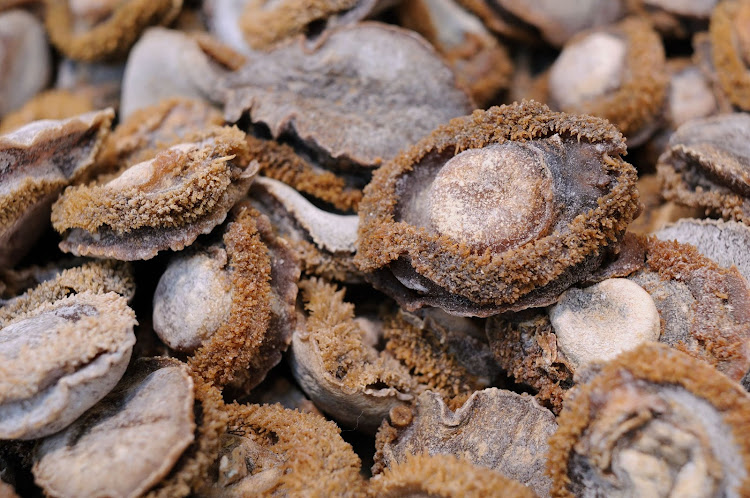 The combined mass of seized abalone of 3,200 kilograms had a street value of more than R6.1m. File photo.
Image: 123RF/bedo

Five suspected abalone poachers were arrested in the Eastern Cape after they were found in possession of abalone worth more than R6m.

Further investigation led police to a number of addresses in the Walmer policing area in Gqeberha where two bags of abalone were seized, Mgolodela said.

Three vehicles — a VW Caddy, Toyota Avanza and an Audi — were confiscated.

Mgolodela said the combined mass of seized abalone of 3,200kg had a street value of more than R6.1m.

Four more suspects including a woman were arrested.

Four suspected poachers have been arrested in the Table Mountain National Park (TMNP) over the past few days.
News
1 year ago

A joint operation between the Gqeberha K9 unit and a private anti-poaching unit, led to the arrest of two suspects and abalone being confiscated on ...
News
1 year ago
Next Article