A veld fire ripped through a game farm in Danielsrus, Krugersdorp, on the West Rand on Monday afternoon.

According to Netcare 911 spokesperson Shawn Herbst, the fire broke out just after midday.

“Aggravated by strong winds, the fire rapidly spread to a nearby game lodge. Multiple thatch roof structures were destroyed in the blaze,” Herbst said.

He said surrounding farmers offloaded feed with their bakkies for the animals affected by the fire. 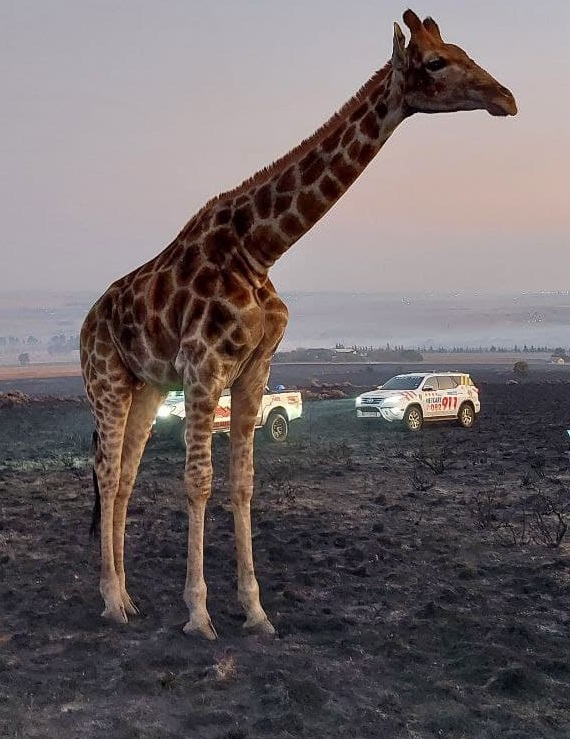 Aggravated by strong winds, the fire rapidly spread to a nearby game lodge.
Image: Netcare911

On scene helping to douse the fire was Mogale City fire and rescue services and Fire Ops SA, with other agencies, he said.