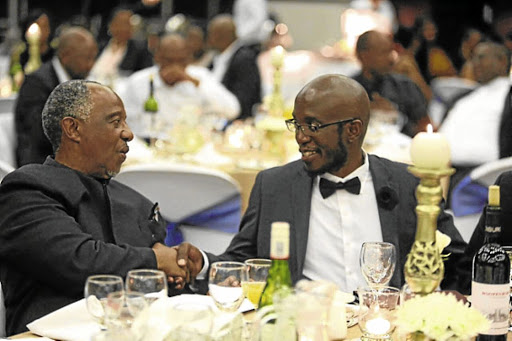 One of SA’s most revered lawyers and the president of the Black Lawyers Association, Lutendo Sigogo, has died.

The Judicial Service Commission announced Sigogo’s death on Saturday, saying it was shocked and saddened at the news.

In a statement, the JSC said it was “poorer without Sigogo” who had served as a commissioner — interviewing and shortlisting judge candidates — for the past two years.

The JSC highlighted the great contribution that the 48-year-old had made in more than two decades within the legal fraternity.

“Born in December 1972, Mr Sigogo obtained B Proc, LLB and LLM degrees from the universities of Venda and Limpopo in 1994, 1996 and 2001 respectively. He started his legal career as a candidate attorney in 1995 to 1997. Following his admission as an attorney, Mr Sigogo served as a professional assistant in the law firm Khathu Mulovhedzi for six months. In 1999 he became a director of Mathobo, Rambau and Sigogo Incorporated, a position that he held until he met his untimely death,” the JSC said.

JSC interviews for Constitutional Court were a 'sham': Casac

The recent Judicial Service Commission interviews for the ConCourt were a “sham”, says the Council for the Advancement of the South African ...
News
4 months ago

“After more than 20 years of successful practise, Mr Sigogo was appointed as an acting judge of the Mpumalanga division of the high court, where he served for a period of 44 weeks,” the JSC added.

At the time of his death, Sigogo was due to be interviewed for a permanent seat in the high court in Mpumalanga.

“He was appointed to the JSC by the president of the Republic of SA in July 2019 as one of the two members representing the attorneys’ profession. He was not only a member of the JSC but also a member of the screening committee of the JSC tasked with the compilation of a shortlist of candidates to be interviewed by the JSC,” the commission said.

It conveyed its condolences to Sigogo’s family, friends and colleagues, saying “death has truly robbed the people of SA of not just a practitioner but a true leader in the legal profession.”