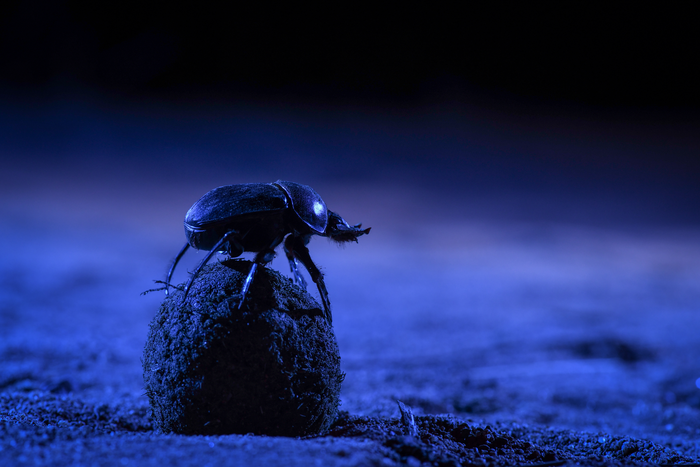 A nocturnal dung beetle climbs on its dung ball to survey the stars.
Image: Chris Collingridge

Dung beetles from a North West game farm have provided the first evidence that city lights leave nocturnal animals in the dark.

Instead of being able to navigate by natural light in the night sky, dung beetles transported to a Johannesburg rooftop used artificial light sources such as streetlamps to orientate themselves.

Now the scientists who conducted the experiments have warned that by expunging their celestial compass, city lights can have harmful effects on creatures such as migratory birds, seals and moths.

“Many night-active species rely on compass information in the sky, including the moon, the skylight polarisation pattern and the stars to hold their course,” said James Foster from Lund University in the Netherlands, who led the study just published in the journal Current Biology. 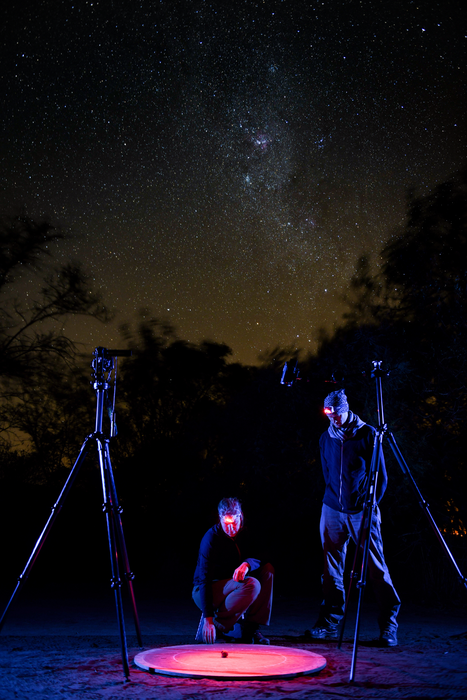 By obscuring the night sky, artificial lights became sources of attraction for the dung beetles released in an arena on the roof of Wits University. This increased the conflict between individuals, who tended to end up in the same place rather than dispersing.

Foster and colleagues from Lund and Wits made four trips to Stonehenge game farm in North West to collect dung beetles for their experiments, which took place between November 2017 and February 2020.

The insects were taken to two sites 50km west of Bela-Bela in Limpopo and the Wits rooftop, and each of them was allowed to roll its ball of dung to the edge of a 1m diameter arena.

The experiments took place under moonlit, starlit and overcast skies. Light pollution was provided at the rural sites by a single floodlight or a set of smaller lights, and on Wits' Braamfontein campus by large security lights.

On the same overcast night, the sky was 10,000 times brighter at Wits than in rural Limpopo, leaving the Milky Way obscured and only the brightest stars visible.

The scientists used a combination of steel wire, blackout curtains and a parasol to manipulate light conditions, attached reflective tape to the beetles to make it easier for cameras to track them, and covered the eyes of some beetles with putty to block their field of view above the horizon.

The conclusive finding was that dung beetles could not use their celestial compass in the presence of light pollution. Instead, they moved towards the street lights and illuminated buildings.

Several individuals often moved towards the same light source, while under natural conditions they tend to disperse in all directions, steering clear of one another and thereby avoiding confrontation. 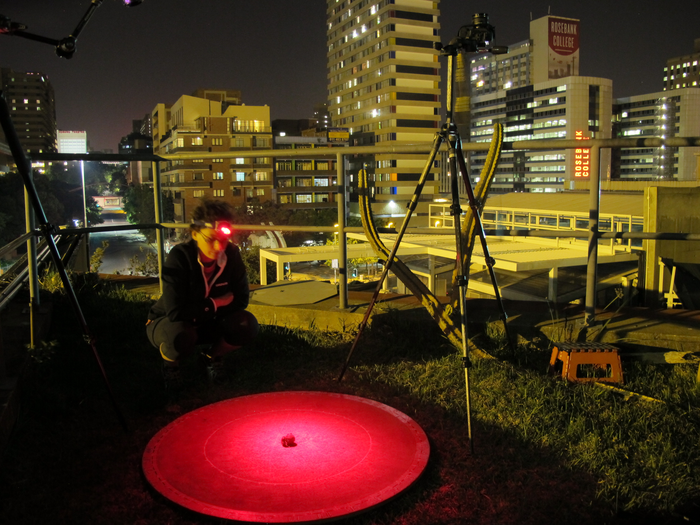 Maria Dacke, professor of functional zoology at Lund who discovered in 2013 that dung beetles use the Milky Way to navigate, said: “We believe that light pollution can have an equivalent effect on moths, forcing them to abandon their compass and fly towards the artificial light, in order to have any signals at all to orientate themselves.”

According to the researchers, it is likely that nocturnal animals living on the outskirts of cities are the ones most affected by light pollution.

“The animals most threatened by the loss of natural celestial cues may be those that occupy the hinterland between city and true wilderness,” they said.

“Skyglow remains visible far beyond city boundaries, so in this region, animals would view light-polluted skies in which natural celestial cues are obscured alongside low-contrast natural terrestrial cues that are a poor substitute for celestial compass information.

“Reduced orientation accuracy results in more tortuous paths, which inflate the energetic cost of travelling a given straight-line distance.

“For the many other species of insect, bird and mammal that rely on the night sky for orientation and migration, these effects could dramatically hinder their vital night-time journeys.

“We propose that future efforts to mitigate the impact of light pollution should focus not only on preserving night-time darkness from a human perspective, but also on minimising disturbance to the compass cues on which nocturnal species rely.”