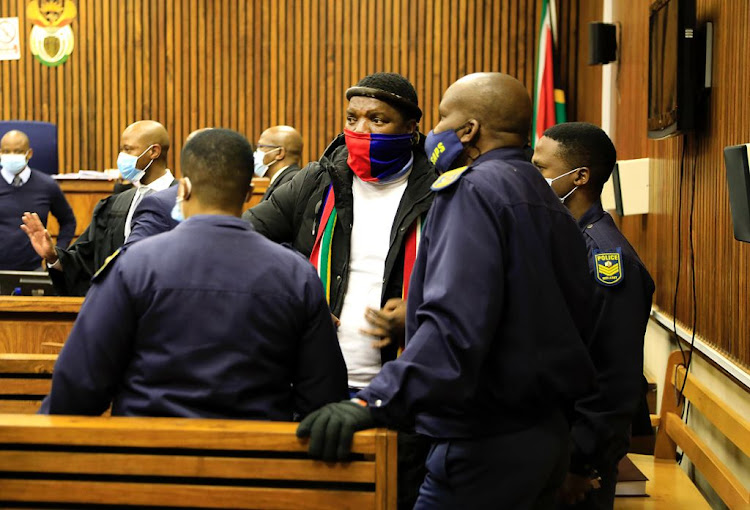 Former Ukhozi FM DJ Ngizwe Mchunu appeared in the Randburg magistrate's court on Wednesday morning to apply for bail in his incitement case.

One of the people who came to support Mchunu was Vukani Ndlela, a maskandi artist from Mtubatuba in KwaZulu-Natal.

He said it was important that he was present outside court to show support for Mchunu, who he said was a leader of maskandi music.

Ndlela said Mchunu lent support to this music and he must be released on bail.

“When a call was made that we must be present in court, I heeded the call. I thought it was important to come and support our brother. Now that he is trouble, it is important that we show support,” Ndlela said. 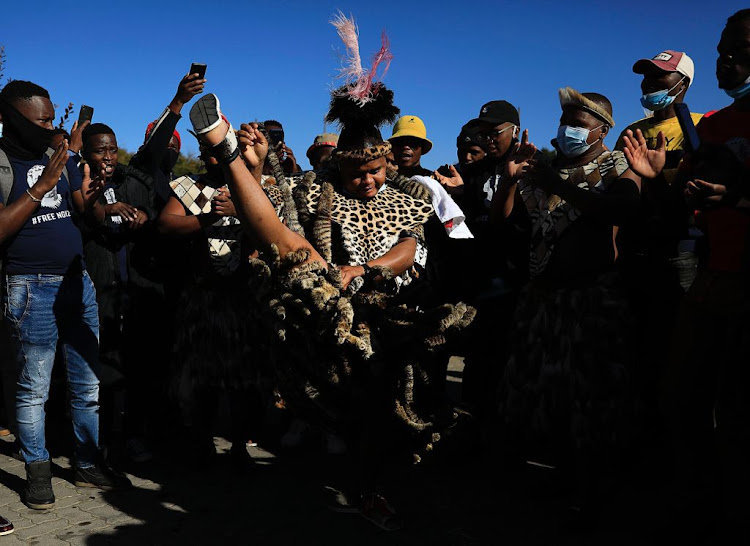 Former Ukhozi FM DJ Ngizwe Mchunu's supporters at the Randburg magistrate's court on July 28 2021. Mchunu, who is facing a charge of incitement to commit public violence, is applying for bail.
Image: ALON SKUY

Mchunu made a brief appearance in court last week to face a charge of incitement to commit public violence. He was remanded in custody until Wednesday for a formal bail application.

Mchunu, a staunch Zuma supporter, left police headquarters in Durban in handcuffs last Monday and was transported to Johannesburg to face charges.

The state on Wednesday opposed Mchunu's bail bid. It said Mchunu was a flight risk and there was a risk he would not attend trial if released on bail.

The state said Mchunu evaded the police five times before he handed himself over.