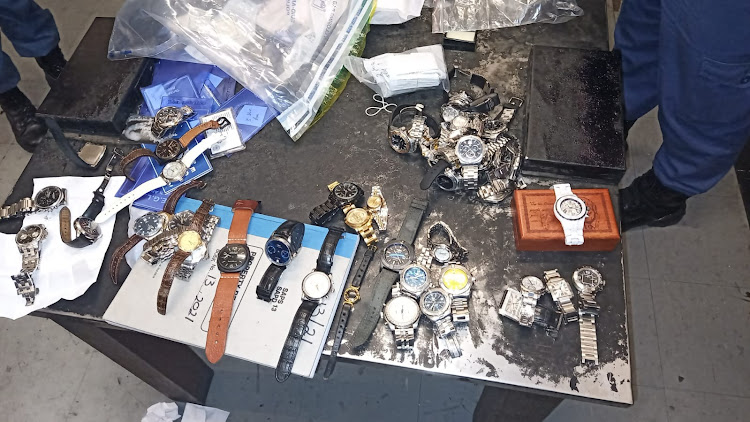 An investigation into the theft of a luxury watch from a house in Hout Bay led Western Cape police to precious gems and allegedly stolen watches in pawn shops in Cape Town's city centre.

Members of the Maitland flying squad arrested a 45-year-old foreign national for possession of stolen property after they found watches and gems — including uncut diamonds — worth an estimated R8m at two second-hand gold dealers.

A source with information about the operation said the owner of an International Watch Company (IWC) watch received information that the timepiece was being sold from a Long Street hair salon doubling as a jewellery dealer. 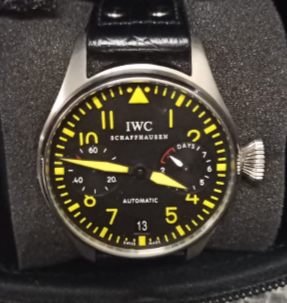 The stolen IWC watch was recovered with 51 other luxury watches estimated to be worth R3m.
Image: SAPS

The owner contacted a forensic investigation firm and asked them to look into the matter, and on Monday private detectives and police visited the Long Street shop.

The source said the owner of the shop had a police-issued jewellery recycling permit and a second-hand dealer permit and he gave the police permission to search his shop.

By then the owner of the watch had realised that not only the watch, but also jewellery that had been stolen from their house over a period of time allegedly by an employee, was in the shop.

When the police searched the premises, they found the allegedly stolen IWC timepiece among 51 other high-value watches.

The police also found cut and uncut diamonds for which the shop owner was allegedly unable to produce any records or entries in his official register. 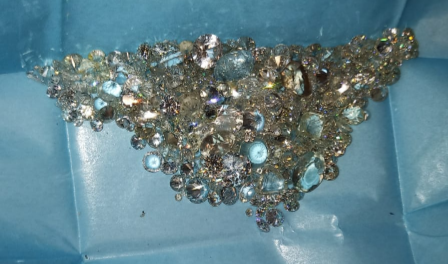 Gems and uncut diamonds for which the pawn shop owners were not able to provide documentation were also found.
Image: SAPS

When the police asked the owner of the shop how he came to be in possession of the watch, he directed them to another second-hand dealer and hair salon operating a block away from him in Hout Street.

When they inspected the second store, officers allegedly found loose diamonds and other jewellery. The Hout Street shop owner was also allegedly unable to produce records or register entries for the gemstones.

The initial estimated value of the 544 gemstones and diamonds found was R5m.

For about 20 minutes, online gamers watched and could hear as Sterna Lewis, her boyfriend and two children were ordered onto the ground, tied up and ...
News
1 year ago