Insurrection hatched by right-wingers inside the ANC, says Jeremy Cronin

Jeremy Cronin accused the ANC's RET faction of being right-wing primitive accumulators who were behind the recent violence and looting in Gauteng and KwaZulu-Natal. 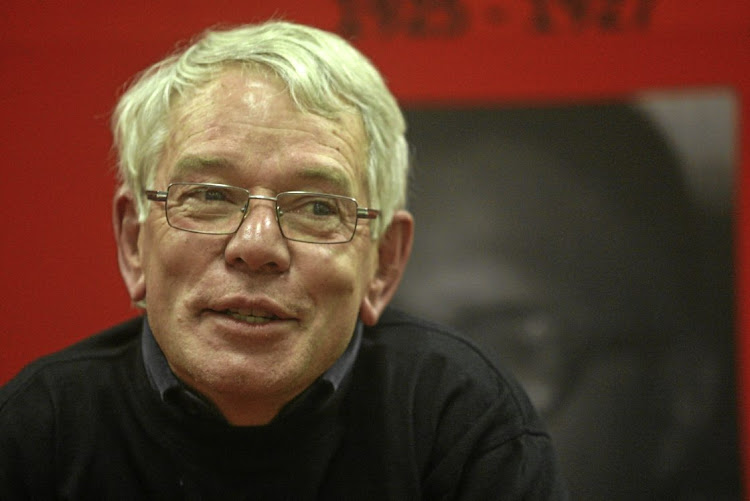 Jeremy Cronin describes the ANC's radical economic transformation (RET) faction as a network of right-wing primitive accumulators who are facing the prospect of going to jail.
Image: Supplied

Former deputy minister of public works — and SACP politburo member — Jeremy Cronin has described the ANC's radical economic transformation (RET) faction as a network of right-wing primitive accumulators who are facing the prospect of going to jail.

He accused the faction of being conspirators behind the recent violent destruction of property and looting in Gauteng and KwaZulu-Natal.

“Unfortunately, but factually, this was a conspiracy which was hatched inside the ANC itself. And it's an indication of clearly a serious degeneration within the ANC.

“It was also indication of a weak and compromised system of state and the capacity of the criminal justice system, of crime intelligence and those forces showed how weak we were in many respects,” said Cronin.

He was delivering a virtual lecture as part of the SACP's centenary celebrations, where he spoke about the party's 100-year journey and reflected on its relationship with the ANC. He mentioned some of the decisions the SACP took in ANC leadership contests, especially ahead of its watershed Polokwane national conference.

He said the SACP in its political bureau and in the central committee agreed with the characterisation that was given to the events by President Cyril Ramaphosa, that the recent violence was an attempted counterrevolutionary insurrection.

“Obviously, it has many layers to it. There were the planners behind the events. There were what one comrade described as the arsonists, people who burnt factories, warehouses, trucks on the N3 without looting but deliberately trying to cause disruption,” he said.

“And then there was a large-scale looting which amounted, in some cases, to some kind of food riot by tens of thousands often poor and working-class people. It was not just them because we also saw 4x4s and others looting as well.”

Cronin said South Africans needed to understand that the insurrection failed, at least for the moment but they should not underestimate the hard-nosed nature of the conspiracy being played out behind it.

It failed because, overwhelmingly, the alliance of ordinary citizens came together.

He said there was a wide range of rejection of the looting and the attempted use or the unleashing of these popular forces to cause havoc and displace the Ramaphosa leadership of the ANC, and government by forces who are themselves trying to stay out of jail.

“They've been caught up in state capture looting. This is the nature of the conspiracy,” he said.

Cronin said this also represented the failure of the alliance and the ANC-led government since 1994 to fundamentally address the capitalist crisis of racialised, gendered poverty, inequality and unemployment.

“As a party, as we celebrate our centenary, we have to ask hard questions of ourselves, of our alliance and ask how could this even have happened 27 years after a really critical democratic breakthrough and what are the implications of all of this for the future of the ANC, for the alliance or the party and for the strategy of the national democratic revolution?”

Cronin called for the rejection of the so-called nine wasted years narrative in reference to Jacob Zuma's terms as president of SA. He rejected the view that the ANC was divided into two factions — the RET faction and the CR faction which supports Ramaphosa.

“This, we must dismiss as a narrative,” he said.

“It is basically the narrative of the RET faction, of the conspirators behind the events of early July. They present themselves as one wing of the ANC vs another wing, another faction of the ANC.”

According to Cronin, the RET faction is made up of networks of right-wing primitive accumulators who are facing the prospect of going to jail and who masquerade as left-wing radicals.

“There is no substantial political programme other than the kind of repetition of a couple of slogans,” he said of the faction. “They are what one British politician once described as 'resolutionaries' — holding on to a couple of resolutions, frogmarching through a conference, without any serious consideration, debate and discussion around strategy, tactics and policies,” he said.

He distanced the SACP from both factions.

With regards to the RET faction, he said it was a pity that they had captured those words [RET] because “we do need economic transformation in SA that is radical”.

“But given the way in which they have debased the sense of RET we need to find other words for what we are talking about,” he said.

He said while the SACP supports Ramaphosa and the leadership collective in the ANC and in government, and was in defence of the constitution and rule of law, it was not part of the Ramaphosa faction, if such existed.

“We are also critical of the Ramaphosa leadership and, particularly, we are critical of the timidity in the face of the necessity of rolling back the neoliberal austerity and the failure to discipline capital.

“We have an independent perspective. We are not one or another faction of the ANC and we are not a faction ourselves,” he said.

Explaining why the nine wasted years narrative should be rejected, Cronin listed achievements of the Zuma administrations, especially during his first term.

“Whatever the mistakes made by Cosatu and the party ... at the same time, not everything was wasted,” he said.

Cronin argued that there were lots of problems before Zuma's presidency — from the so-called 1996 class project which he said was deepening, to deepening corruption, factionalism in the ANC, unemployment, inequality and the failure to address those as a result of neoliberal economic policies.

“There was also the dreadful Aids denialism spearheaded by Mbeki, unfortunately, which had genocidal implications,” he said.

In the first Zuma administration, Cronin said, there were immediate and important gains and advances in terms of reversing Aids denialism and the largest rollout of antiretrovirals in the world. This was quickly followed by a remarked improvement in life expectancy in SA.

There was also, as a result of Zuma's focus on undermining the criminal justice system and the SA Revenue Service, space for the Left in government to heavily focus on important advances which saw state-led industrial policies being driven much more effectively.

“We moved away from the massive liberalisation of our trade regime, There was a massive expansion of tertiary-level education, TVET colleges, NSFAS and student numbers increased massively. There was also expansion of the public employment programmes,” he said.

Unfortunately, all of these advances were eventually stifled on one hand by massive state capture and looting of key state-owned enterprises which were critical for the infrastructure-build programme. Also, by the continued neoliberal policies of the National Treasury and the Reserve Bank, he said.

“That is something that Zuma did not displace at all throughout his presidency until he tried very late to deal with the Treasury.”

This meant the ability to expand massively SA's industrial policy programme was crippled by the liberal austerity, he said.

Mashaba said only an "independent body" could be trusted to unearth the truth behind the unrest that caused economic devastation and a jobs bloodbath ...
News
6 months ago

"I think it's too quick for us to say it's insurrection or not," says ANC Women's League president Bathabile Dlamini.
News
6 months ago
Next Article