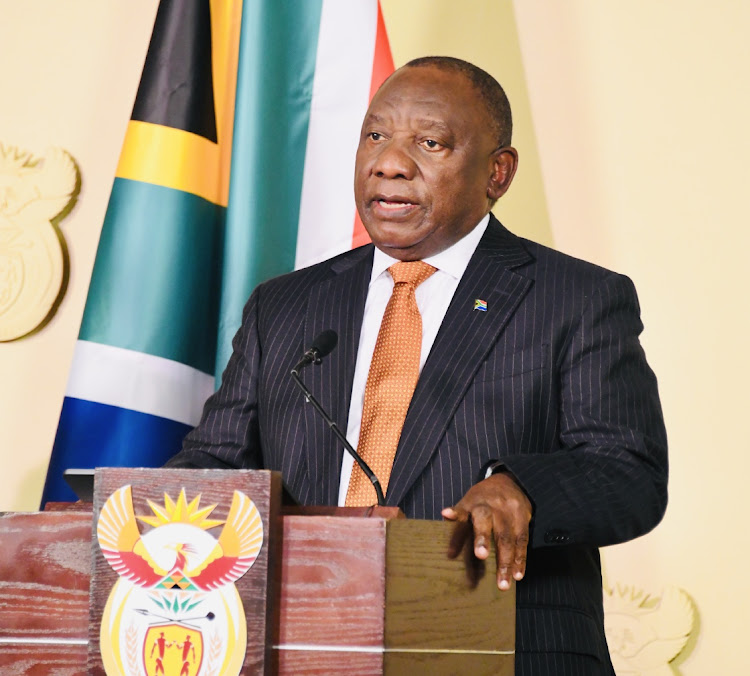 Ramaphosa announced that the country will move to adjusted alert level 3 which allows bottle stores, bars, restaurants and taverns to sell alcohol both on site and off-site.

The president who addressed the nation from the Union Buildings in Pretoria last night eased restrictions on gatherings and also announced the return of the R350 relief grant which will be extended to cover other categories to help those who are unemployed and help alleviate poverty.

“To support those who have no means of supporting themselves, we are reinstating the Social Relief of Distress Grant to provide a monthly payment of R350 until the end of March 2022.

“As we ease restrictions, we must remember that infections remain high and that we need to continue to exercise caution. As we have always said, our most effective weapon in the fight against COVID-19 is an effective and comprehensive vaccination programme,” Ramaphosa said.

He said in the last few weeks, our vaccination campaign has made huge strides as more than 240,000 vaccines are now being administered per day.

“A month ago, this figure stood at around 100,000 vaccines per weekday. As a result, we have now administered more than 6.3-million vaccines, with over 10 per cent of our population having received a vaccine dose,” Ramaphosa said.

He said in the coming weeks there will be a substantial increase in the rate of vaccination.

“Within the next two to three months, we are scheduled to receive around 31-million additional doses from Pfizer and Johnson & Johnson. This supply pipeline means that there will be sufficient vaccine doses available for the rest of the year,” he said.

The country has been on Covid-19 lockdown level 4 for a month as the 3rd wave wreaked havoc especially in Gauteng which has been the epicentre.

Ramaphosa said the alcohol sale will be lifted with both on site and off-site alcohol being allowed subject to some restrictions.

Gatherings will be allowed including religious services which would be limited to 50 people indoors and 100 outdoors.

The curfew will however move from 10pm to 4am while funeral gatherings will still be restricted to 50 people.

He also announced tax relief incentives saying the government would defer payment of PAYE taxes for a period of three months to provide businesses with additional cash flow, with an automatic deferral of 35 per cent of PAYE liabilities for employers with revenue below R100-million.

The alcohol industry will get tax relief for three months, Ramaphosa announced.

“We are therefore expanding the Employment Tax Incentive for a period of four months to include any employee earning below R6500 and to increase the incentive amount by up to R750 per month,” Ramaphosa said.

He said this will encourage employers to hire and retain employees, especially those in the retail and hospitality sectors which have been worst affected.

He said “unfortunately, I do not think we ready to allow for unrestricted indoor gatherings, including where alcohol consumption is allowed”.

The SA Leisure, Tourism and Hospitality Association (Saltha), which also represents liquor traders across the country, welcomed the lifting of the alcohol sales ban.

Richard Zulu, the national secretary of Saltha said the lifting of the alcohol ban was long overdue.

He urged government to ramp up the vaccination programme which would limit the possibility of future alcohol bans.

Sizwe Pamla, Cosatu spokesperson said a long-term alcohol sales ban is just not sustainable as it may collapse the liquor industry and fuel an illicit one.

Meanwhile, Ramaphosa also addressed the recent unrest in SA saying “no stone will be left unturned” to ensure that those behind the planning of the unrest face the full might of the law.

President Cyril Ramaphosa on Sunday moved SA back to alert level 3, meaning that alcohol sales will be allowed, gatherings can take place and ...
News
9 months ago

President Cyril Ramaphosa is expected to move the county to alert level 3, lifting the ban on alcohol and allowing for small gatherings when he ...
News
9 months ago
Next Article