'I fear for my safety but must put bread on the table': Women walk to work as taxi violence rattles Cape Town 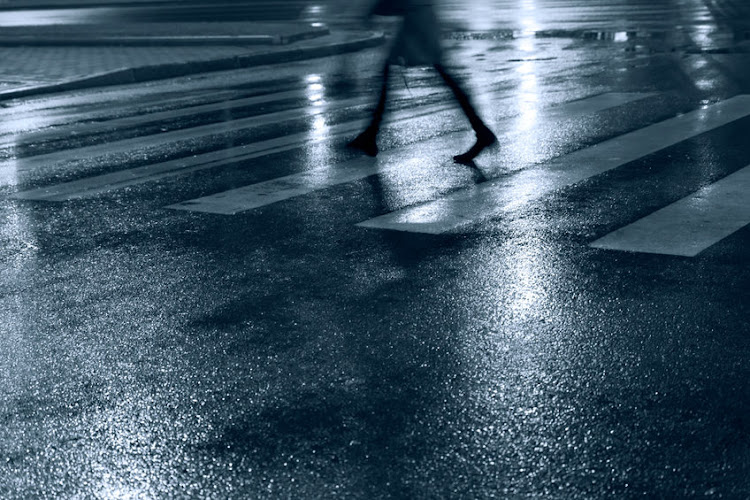 'Because of this distance from townships to the city centre, some women are walking to their places of work and then try to find a place to sleep there - but what about their children? Who protects them?' Stock photo.
Image: 123RF/mrtwister

Language tutor Debbie Odumuko has already survived a shoot-out in a grocery store since fighting between rival taxi drivers resurfaced in Cape Town in early July.

But walking alone at night alongside the highway to get home now that most taxis have stopped running has left her equally terrified of being assaulted.

Getting to and from work has become risky for Odumuko, 49, but the thought of staying home and not being able to feed her four children kept her up at night as she lay in bed listening to gunshots fired between taxi gangs.

“I feel overwhelmed and angry ... I fear for my safety, but I have to put bread on the table,” she told the Thomson Reuters Foundation on the phone.

Odumuko is one of thousands whose lives have been impacted by a recent spate of violence in the Western Cape, fuelled by repeated territorial disputes between different taxi associations.

Informal minibus taxis complete about 15m trips daily, according to government data, a service that commuters say is marred by harassment and high risk of accidents.

Research shows that in Sub-Saharan Africa “transport poverty” — when inaccessible transport negatively impacts a person's quality of life — disproportionately affects women and girls in terms of harassment and getting to school and work.

During this recent bout of taxi violence around the Western Cape, activists say women are particularly at risk in a country where police statistics show a sexual offence is committed every 10 minutes.

“I know of women walking up to 50km through the night, or in the rain, to get to work. If they don't go, they bear the brunt of having to look in the eyes of hungry children,” said Joanie Fredericks, a local women's rights activist.

At least 83 people have been killed since January in the intermittent clashes, according to the province's department of transport and public works.

The government has said it will close the contested taxi route for two months starting Monday and has upped security and the number of buses to try to control the violence.

“This is not only about a taxi route, this really speaks to the core of our community's struggle to feel safe,” said Fredericks, who also runs a women-only taxi service from the gang-ridden Cape Flats of the Western Cape.

Apartheid spatial planning that physically divided cities according to racial groups left many Black and mixed-race South Africans on the outskirts of town and far from economic opportunities.

“Because of this distance from townships to the city centre, some women are walking to their places of work and then try to find a place to sleep there — but what about their children? Who protects them?” asked Fredericks.

Odumuko said she usually wakes up at 4am to find transport to cover her 50km commute and get to work by 8am, moving between taxi and bus ranks to find the quickest available ride.

“I wish my colleagues could see what I go through just to get to work on time,” she said.

Community activism groups have called for increased police presence and emergency accommodation for those stranded by the violence, and asked the local government to engage with communities impacted by the transport breakdown.

“We can no longer be held hostage by a criminal few who ... threaten both the lives and livelihoods of our residents,” said Daylin Mitchell, provincial minister of transport and public works, in a statement announcing the route closure on Friday.

For now, Odumuko says her options are limited.

The coronavirus pandemic has decimated SA's economy, with the first total lockdown in 2020 causing 3-million job losses within months, with women in the informal sector hit particularly hard.

“I feel traumatised from all the violence, but what can I do? We need to get our children to school, to feed them. We are trying to survive,” Odumuko said.

Transport minister Fikile Mbalula will next week announce a task team of eminent people to deal with taxi violence.
News
4 months ago

The tragic and defining events of last week have dispelled any doubts that the ANC is no longer the leader of society. The
Opinion
4 months ago

Police failure to stop looting a disgrace and shameful

An unlikely saviour and protector of our people has emerged in the past few days, and that is the taxi industry. Cynics may say it is ...
Opinion
4 months ago
Next Article