Bloemfontein the coldest place in SA on Friday 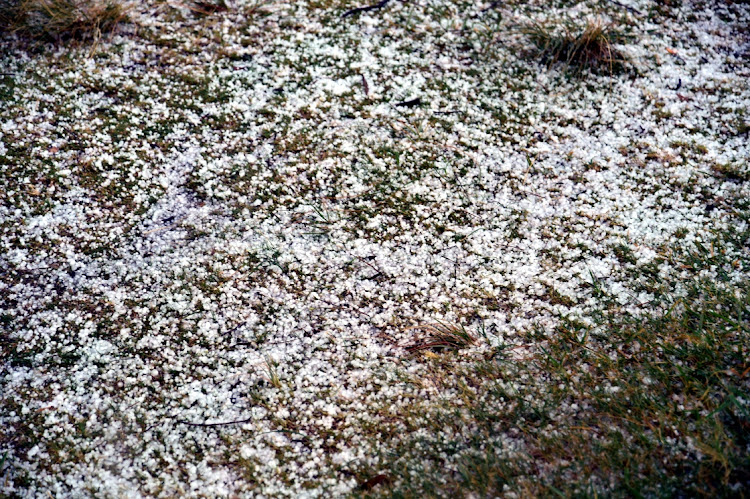 Hail fell in some parts of the metro as strong cold front moved past the Eastern Cape on Thurday. Pictured Hail covering parts of Walmer on Thursday morning.
Image: Eugene Coetzee

Bloemfontein was the coldest place in the country on Friday morning, the SA Weather Service said (SAWS).

Forecaster Bransby Bulo said the temperature in Bloemfontein was -9ºC.

He said Vereeniging recorded a low of -8ºC.

Bulo said the cold weather would persist in Gauteng with temperatures of between 11ºC and 13ºC over the weekend.

“Sutherland in the Western Cape, Ladysmith in KwaZulu-Natal, some parts of the Eastern Cape and the Mpumalanga highveld will also experience cold weather,” he said.

Freezing weather hit Gauteng on Thursday as a cold front moved from the Western Cape to central parts of the country.

On Thursday SAWS issued a warning that widespread morning frost was expected across the interior of the country on Friday, including in Gauteng, the Mpumalanga highveld, Free State, North West and Northern Cape.

“It will be the coldest night of the year in some places over the interior of SA tonight into tomorrow [Friday] morning. Small stock farmers please be advised.”

Freezing weather will hit Gauteng from Thursday as a cold front moves from the Western Cape to the central parts of the country.
News
10 months ago

Eskom wants South Africans to use electricity sparingly.
News
10 months ago
Next Article