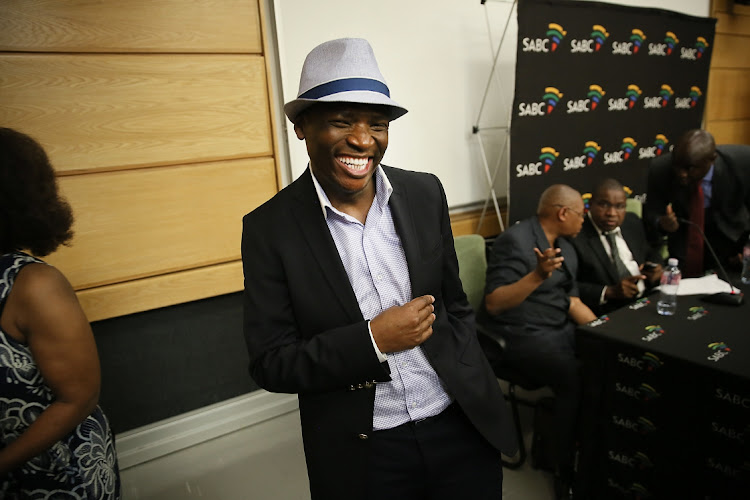 The SA Music Legends Forum has filed an application to intervene in the case lodged by the SABC and the Special Investigating Unit to set aside a 2016 decision to pay 53 music artists for the role they played during apartheid. Former SABC COO Hlaudi Motsoeneng was one of the executives who took the decision to pay the artists.
Image: ALON SKUY

The South African Music Legends Forum has filed an application to intervene in the case lodged by the SABC and the Special Investigating Unit to set aside a 2016 decision to pay 53 music artists for the role they played during apartheid.

The forum, a non-profit company formed in February this year, took a resolution this month to intervene in the application and to ask that the application by the SABC and SIU be dismissed with costs.

Special Tribunal judge Lebogang Modiba on Thursday allowed the forum and the SIU and SABC — which are opposing the application — to file further court papers in the intervention application.

This meant that the application by the SIU and the SABC —  whereby they seek to set aside the decision to make payments and which was set to be heard on Thursday and Friday — could not continue.

“The filing of further papers, the review application as well as the ... counter-application (by two former executives) are held in abeyance until the intervention application has been disposed of,” Modiba said.

William Mthethwa, director of the forum, said the decision to reward legends in September 2016 was taken by the former SABC executives to recognise and reward music legends whose music was played by the SABC since the 1980s and 1990s.

“This will support a view that this selection process was thus done impartially and without favouritism from the SABC team that organised the rewarding of the music legends.”

Mthethwa said though the former executives acted in good faith and legally by raising money through private funders, this point was being ignored by the SABC and the SIU.

Mthethwa said instead of appreciating a good deed, the SIU and the SABC had brought an academic and unfounded application seeking payment from the former executives.

Mthethwa said when he received his R50,000 payment, his financial situation was “crippled”.

“I was at the time in Ladybrand Hospital in the Free State and the money helped cover my medical bills and saved me from psychological trauma and depression.”

The SABC and the SIU will file their answering affidavit by August 13.

Earlier,  Modiba expressed concern that the 53 legends were not joined in the  application.

Counsel for the SIU and SABC, Tshepo Sibeko SC, said the music legends did not have a material interest in the case because the relief the SABC and SIU sought was not against them.

Opera singer Sibongile Mngoma is staging a sit-in at the offices of the National Arts Council (NAC) in Newtown, Johannesburg, demanding answers about ...
Entertainment
1 year ago

Fellow musicians Babsy Mlangeni and Sipho “Hotsix” Mabuse described late music legend Steve Kekana as a visionary and a man who defied all odds to ...
News
1 year ago

The state-issued NSFAS fund helps students to go through tertiary education with reduced hassles. Its allowance for life expenses depends on the ...
SebenzaLIVE
1 year ago
Next Article