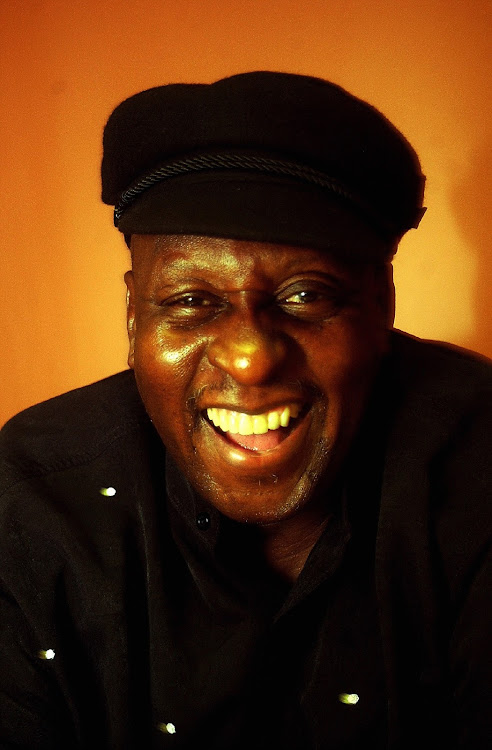 Musician Mandla Ntlatlane paid a moving tribute to fallen singer Tsepo Tshola as he performed one of Sankomota's hit songs, Papa, during the memorial service held on Thursday afternoon at the Joburg Theatre in Braamfontein and virtually.

Ntlatlane, who has a similar voice to the late Tshola's, brought the audience to tears as he sang the famous song backed by a band. Tshola, who was celebrated through song, died on Thursday last week  at Berea Hospital in Lesotho due to Covid-19 complications.

Tshola would have turned 68 next month.

Popularly known as "The Village Pope", he made an indelible contribution to SA music industry with the group Sankomota.

In a highly charged memorial service, local artists like The Soil, Thandiswa Mazwai and Putuma performed at the memorial. "Princess of Africa" Yvonne Chaka Chaka said her friendship with Tshola was that of a brother and sister.

Tshola's anthems of unity, peace and harmony relevant now more than ever

Tsepo Tshola departed this world at a difficult time when our beloved country is writing another chapter of tragedy in our turbulent history.
Entertainment
11 months ago

“When I recorded my album Yvonne and Friends, Tsepo was there adding his voice and he also guided me as we recorded the album. Tsepo was loved by South Africa and I want to thank his parents and Lesotho for such a talented human being.”

TV executive producer  Duma Ndlovu, who was also the MC, said he met Tshola in Lesotho when he  left SA due to unrest at the time.

“He is among the people who welcomed me to Lesotho and we became friends. While living in Lesotho the whole band, which was known as Uhuru, became like brothers to me as we broke bread. Tsepo stayed at my house in the US. When the family asked [me] to put together this [memorial], I was honoured.”

Family representative Mike Gcabo said: “How do we celebrate such iconic artist under these [Covid-19]  conditions? Who are we to speak of Tsepo 'The Village Pope' Tshola? Tsepo quickly rose to become an internationalist, pan Africanist and a citizen of the world.

"He belonged to all of us. Tsepo was larger than life. He was an embodiment of hope, as his name suggested. Tsepo lives on in every one of us through song, voice, aura and sheer presence. Through song he healed broken hearts and stopped wars.”

Former member of Malombo, Julian Bahula, said: “Tsepo you've gone to soon my friend. I met Tsepo in 1986, when I was introduced to their music. I was very much impressed by voices and harmonies. I knew that I wanted to work with them (Sankomota). I brought them to London and promoted them in the UK and Europe. I organised tours and concerts for them across. He was more than a great musician, he had a soulful and striking voice. His legacy lives on for his family to treasure. He is gone but not forgotten.”

Tshola, 67, who died on Thursday morning in his home country Lesotho, will be remembered as one of the talented artists who left an indelible mark on ...
Entertainment
11 months ago

Musician Caiphus Semenya defined Tsepo he was a wonderful person.

"He died in a terrible way due to this pandemic. I have known Tsepo for many years and if I were to talk about him I will need hours to do that. His story is a kind of story that you cannot relate in few minutes but you can write a book. Go well my friend."

Saxophonist Sipho Mabuse who broke down as he paid tribute to Tshola said: “It is a difficult moment I cannot even find the right words to speak. Tsepo was a friend, a brother and a colleague. In 1978, when a colleague Selby Ntuli died, it was the same time where a band called Uhuru was in South Africa. We spent the night together with Frank Leepa, Black Jesus, Selby and Tsepo Tshola aka BT. The next day, it was Tsepo who broke the news to me that Selby has died.”

“I could not believe it because a night before I had dropped  Selby at home. We drove to Diepkloof (Soweto) together to verify and convince ourselves that Selby has died. Today, I am reminded of that day as I bid farewell to you my brother..”