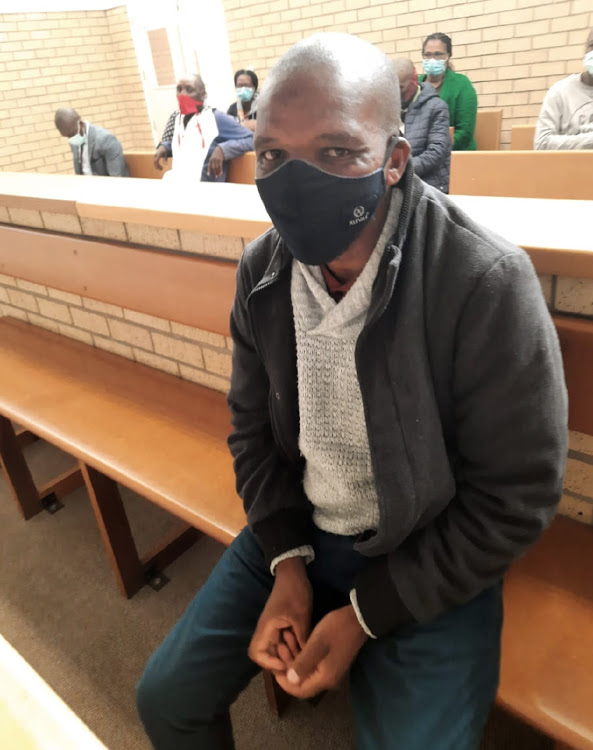 R2,000. That is how much a former Eastern Cape principal has to pay for lowering an 11-year-old primary school pupil into a filthy pit toilet to retrieve his cellphone.

Lubeko Lennox Mgandela, 49, pleaded guilty to a charge of child abuse for the incident, which occurred on March 1.

He was found guilty and sentenced by magistrate Lubabalo Nakani in the Tsolo magistrate’s court on Wednesday.

The former Luthuthu JSS school principal in Ugie was sentenced to a fine of R4,000 or 24 months’ imprisonment, with half of the fine suspended for five years on condition that he is not convicted of the same crime.

Inside the courtroom he said he was remorseful and begged for mercy.

Outside the court afterwards, he was aggressive when approached for comment by DispatchLIVE. “I do not talk to media. Get away from me!” he said.

Child activist Petros Majola and Dr Lesley-Ann Foster, a board member of the state-funded Gender-Based Violence and Femicide Response Fund, were outraged.

They called the sentence an insult.

“It is like they do not know the [extent] of damage that was done to the child,” Majola said.

Before the sentence, Mgandela acknowledged in a statement read by his lawyer Luthando Mtshabe, that his act had been “unlawful. I endangered the life of the pupil by lowering him into the toilet while in my care”.

“I am extremely remorseful. I pray this court will have mercy on me.”

Mtshabe said his client supported a family of five.

“There is no evidence that suggests he is a menace to society. Removing him would serve no purpose,” Mtshabe said, suggesting a suspended sentence.

He said his client had fallen on hard times and was no longer able to afford “certain things”.

“By virtue of being a principal, he had a responsibility to protect and care for the scholar.

“Instead, he subjected the victim to the most inhumane situation.

“It is very shocking that in his position he acted in the manner that he did.

“The victim was subjected to a traumatic experience for no apparent reason.

“Aggravating circumstances outweigh his mitigating factors. A suspended sentence will not serve any purpose.

“The seriousness of the offence warrants at least a sentence with the option of a fine. It will serve as a deterrent to would-be offenders.”

Nakani said the incident had violated the rights of the victim.

“One can imagine [having to go] where there were faeces of different people, only to retrieve something of material value to the convicted person, something that could be replaced.

“Was the unavailability of that phone a matter of life or death? We do not know. He did not tell the court.”

Nakani said Mgandela also had a moral obligation to protect and care for the pupil as a father figure.

“Would he apply the same principle to his own child?”

The boy was paid R50 by Mgandela.

Nakani said the sentence would serve as a reminder to Mgandela never to commit such an act again.

The boy’s grandmother previously said she did not want Mgandela to be jailed or lose his job.

But Majola said the sentence was suitable only for someone who had “scolded a child. We welcome the sentence, but it is not 100% satisfying because the fine does not repair the damage caused to the child”.

“We are sitting with a child who needs reconstruction of self-esteem.

“Anyone can pay that money. This case will become a precedent and will be used in courts in future as a referral.

“It does not help when someone who committed such a serious crime is fined.”

Foster said the sentence was not appropriate.

“It gives a wrong message that people can abuse children and get away with it.”

Education department spokesperson Malibongwe Mtima said it would not comment on the court outcome as Mgandela was no longer its employee.

“His appeal was dismissed by the MEC [Fundile Gade].”

Principal fired for telling pupil to get phone out of pit latrine, but will appeal

The Eastern Cape school principal accused of instructing a pupil to extract his phone from a pit latrine is appealing his dismissal by the education ...
News
1 year ago

The grandmother of an 11-year-old pupil who was forced to strip and sent down a pit toilet by a principal at his school to retrieve his phone says ...
News
1 year ago

It is unthinkable what an 11-year-old boy in the Eastern Cape must have felt when his school principal told him to strip down to his underwear and ...
Opinion
1 year ago
Next Article