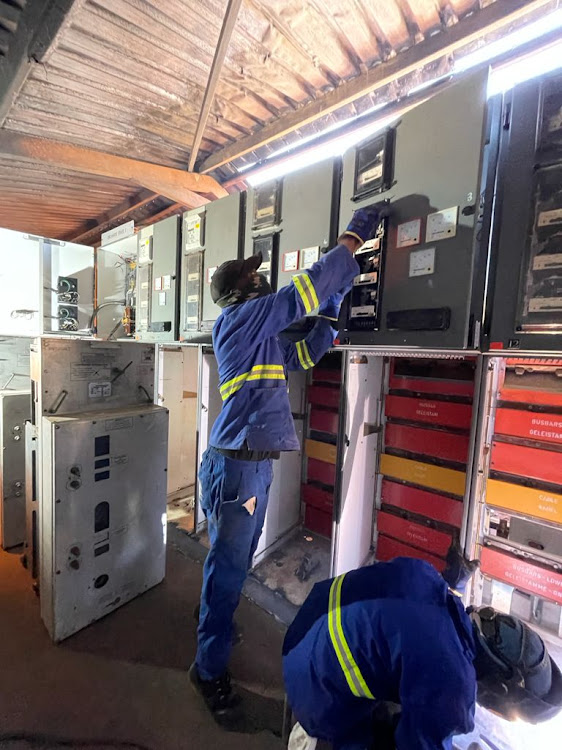 Progress is being made to restore power to all of Pretoria East, says MMC for energy and electricity in Tshwane, Phillip Nel.
Image: Supplied:City of Tshwane

Several parts of Tshwane will remain without power until the Wapadrand substation is fully repaired.

This is according to the city's MMC for energy and electricity, water and sanitation, and regional operation and co-ordination, Phillip Nel, who said electricity supplied to Cura, Furrow, Vergelegen, Meerlust (including Equestria Retirement Village) and Stellenberg will only be restored once power is restored to the full substation.

Nel said it was miscommunicated that this would be earlier than it has been in reality.

“I wish to apologise for that. We have had a trip this morning [to] some of the areas that have already been energised. There does not appear to be any damage, and the team are working to restore power as quickly as possible,” he said.

Parts of Pretoria East are still without power after the Wapadrand substation caught fire at about 8.45pm on Saturday. According to the city, a small portion of the substation controls system caught alight.

Nel said they may have to switch off the area behind the MBT Garage down to Kingbolt Crescent in Wapadrand as they have noted some challenges affecting the area.

“Although the area was energised yesterday, we have discovered that the cables supplying the area are running through the same trench where the cables that need repairs for the other areas are based. As such we may have to switch the area off again until after the complete repair of the substation with the southern suburbs to ensure the safety of the technical teams,” he said.

Illegal power connections keep the lights on in Ditsobotla

Pensioner Emily Tshabadira has had to hire local youngsters to dig up a furrow in front of her home in Boikhutso after sewage water had stuck for ...
News
1 month ago

Nel said good progress was being made to restore power to all of Pretoria East.

“Wapadrand, east of Solomon Mahlangu, as well as Lombardi, Tygerpoort and Zwavelpoort, are all on track to also be switched on only once the entire substation is energised. The next areas I want to address are the southern suburbs (Koedoeberg, Faerie Glen, Olympus and Boardwalk, as well as other remote areas in that section). Today the team will be working to replace sections of cable on six of the feeder cables,” he said.

He said they should be ready for energising by late Wednesday.

“We are working aggressively to stick to the timelines we have set and our plan remains that by late afternoon/early evening the equipment will be able to be handed over to the testing department.

“They will then conduct their final testing and then they will be able to energise the substation in phases. There onwards we are dependent on what the findings are from the testing and cannot give an estimated time of full supply until we have the results of the testing.

“I have also been asked to let residents know that at night the teams are working within the substation and cannot be seen from outside. The vehicle gate is closed for security reasons.”

“We’re going to give the team time to do their work and will come back with additional information at that time.”