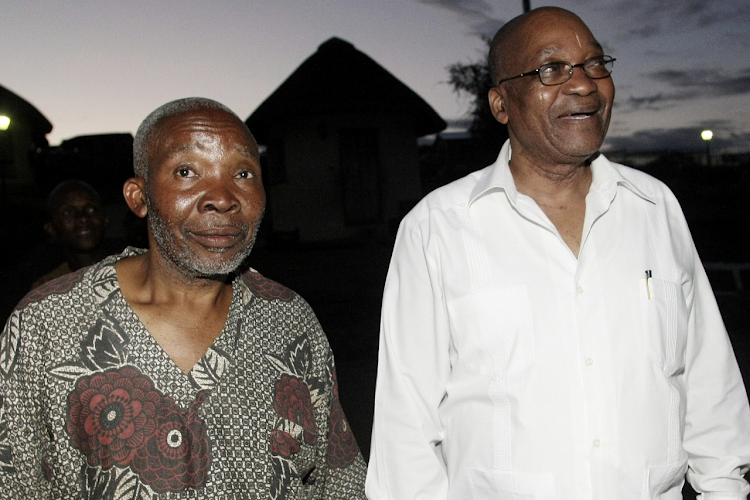 The department of correctional services has confirmed that former president Jacob Zuma has filed an application seeking permission to attend his brother’s funeral in Nkandla on Thursday.

“We have now received the application but the outcome is still being considered,” said department spokesperson Singabakho Nxumalo on Wednesday.

Zuma’s younger brother Michael passed away after a long illness, a few days after Zuma started his 15-month prison sentence at the Estcourt correctional services facility for contempt of court after failing to appear at the Zondo commission of inquiry into state capture.

“There are a number of variables that still need to be considered, like his prison term and the classification of whether he is a low, medium or a high risk inmate.

“In his application he would have had to specify what activity he wants to attend, when it is taking place and for how long he would need to be at the activity. He must also indicate whether he needs to be out for a number of days, and then we need to make a determination whether the person needs to be out on that day or the days that he has asked for.”

Nxumalo explained that a security plan needed to be developed if the application was approved.

“You are still an inmate, even though you are temporarily outside a facility. We need to monitor the situation and we still need to protect you,” he said.

A source in the department said Zuma would be released from prison for several hours on Thursday morning to attend the funeral and return in the afternoon or as soon proceedings were concluded.

Zuma had apparently applied for compassionate leave as early as last week under the impression that Michael would be laid to rest at that time. But authorities said in terms of the law, they had to ask him to submit a fresh application after the funeral was confirmed for Thursday.

This is the view shared by two legal experts after Zuma on Monday applied for a postponement of his court case arguing that a virtual  hearing would ...
News
9 months ago

It remains to be seen whether former president Jacob Zuma will attend his late brother’s funeral on Thursday, after correctional services confirmed ...
News
9 months ago
Next Article