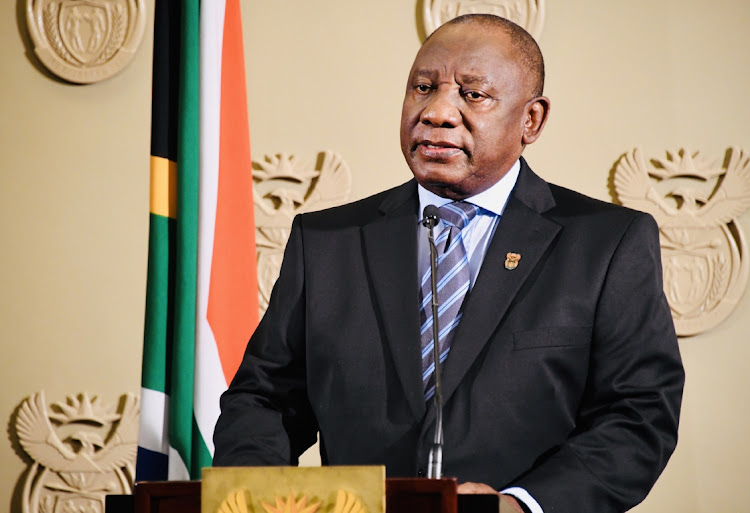 President Cyril Ramaphosa will visit the epicentre of the violence, Durban, on Friday.
Image: GCIS

President Cyril Ramaphosa will on Friday visit the City of eThekwini in KwaZulu-Natal after days of unrest that have caused enormous damage.

According to a presidency statement on Friday morning, Ramaphosa’s first visit to the province since the outbreak of the unrest late last week was meant to “assess the impact of recent [unrest] and the deployment of security forces”.

Ramaphosa is expected to meet with the provincial government and the security forces, said the presidency.

The eThekwini Metro has been the epicentre of rampant looting and burning of shopping malls and other business buildings such as warehouses.

Quick-thinking Tugela Ferry Mall centre manager Mduduzo Sikhakhane and his colleagues  saved a Shoprite from being looted by pouring cooking oil and water onto the tiles outside the store on July 12 2021. Subscribe to MultimediaLIVE here: https://www.youtube.com/user/TimesLive Comment Moderation Policy: https://www.timeslive.co.za/comments/

The city centre currently stands as a “ghost town”, with all businesses having shut down after the riots.

More soldiers arrived in the city on Thursday to bolster the restoration of law and order.

The unrest has led to the deaths of at least 117 people.

The soldiers have already taken up positions in Alexandra and Vosloorus townships and around the ransacked shopping malls.
News
1 year ago

'A state of emergency will be counterproductive in defending our democracy.'
News
1 year ago

The ANC and its alliance partners have called on the state to strengthen its efforts to stop the riots in parts of SA.
News
1 year ago

The current unrest in South Africa will likely prove costly for the country in terms of damage to property, dampening subdued confidence and weighing ...
News
1 year ago
Watch the latest videos from the South African streets below: ​
Next Article