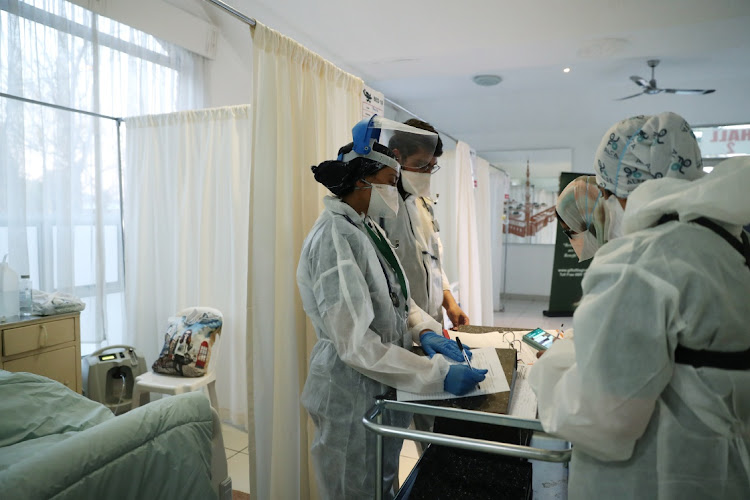 A further 413 Covid-19 related deaths were reported over the past 24-hour cycle, bringing the total fatalities to 66,385 to date.

Gauteng has shown a decline in Covid-19 cases and might be slowly getting over the peak of the third wave, Prof Salim Abdool Karim told TimesLIVE on Friday.

Abdool Karim, former chair of the ministerial advisory committee on Covid-19, said the third wave was more than twice the peak of the first and second waves in the country.

“Gauteng has really been through a rough patch, but now that they are on the decline, the number of cases will start rapidly going down,” he said.

The NICD said an additional 54,097 tests had been done since the last update on Thursday. The cumulative number of laboratory confirmed Covid-19 cases in SA is now 2,269,179.

“There has been an increase of 714 hospital admissions in the past 24 hours,” said the NICD.

David Morris, the husband of renowned chef Jenny Morris, has died due to Covid-19 related complications.
News
10 months ago

Bafana Bafana’s coach at the Cosafa Cup‚ Helman Mkhalele‚ has been cleared from isolation for Covid-19 ahead of the team’s semifinal against ...
Sport
10 months ago

A further 413 Covid-19 related deaths were reported over the past 24-hour cycle.
News
10 months ago

Bafana Bafana received a dose of good news ahead of their Cosafa Cup semifinal against Mozambique when coaches Helman Mkhalele and Lucky Shiburi ...
Sport
10 months ago
Next Article