ANC at risk of losing voters after unrest and riots, says Steenhuisen 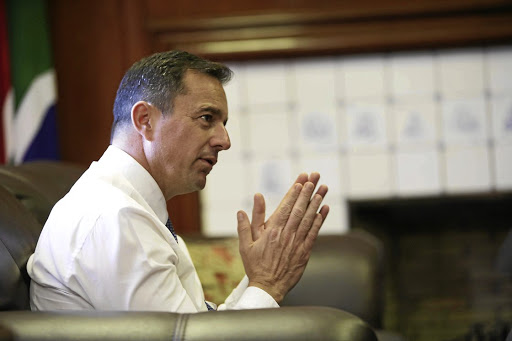 Opposition party leader John Steenhuisen says the government's handling of the Covid-19 pandemic and ongoing unrest offers an opportunity to bring down the ruling party and effect policy change.

Speaking during a webinar on the looting and unrest in Gauteng and KwaZulu-Natal, the DA leader criticised President Cyril Ramaphosa for the lack of decisive action in quelling the unrest.

Hundreds of stores were looted and burnt to the ground during what began as protests after the imprisonment of former president Jacob Zuma.

More than 117 people lost their lives in incidents related to the violence and over 2,000 have been arrested.

Ramaphosa authorised the deployment on Monday of 2,500 soldiers — a figure which was gradually increased as the violence intensified.

“As a president you go in hard and you go in early to re-establish law and order, rather than trying to do it in dribs and drabs, as we saw what the result was. I think we could have saved more infrastructure, businesses and I think we would have brought the disorder to heel far sooner had there been sufficient resources on the ground,” he said.

On Friday Ramaphosa visited KwaZulu-Natal, where he is said to have hinted at a potential pardon for Zuma for his contempt of court imprisonment, a move Steenhuisen said would set a bad precedent for the country.

“I think that would be a terrible signal. It would show that violence pays, that if you burn down enough, damage enough, you will get your way. I think it would be a terrible thing if Mr Zuma was to be pardoned. He should face the full might of the law and the rule of law must apply equally to everyone in SA.

“If we allow him to escape through the back door, because his supporters threaten violence, then I think it's open season on our constitution, law and order in SA. That's a terrible precedent to set.”

Asked if he thought the government's handling of the crisis would affect the ANC in the upcoming local government elections, he responded that the party was already at risk before the unrest.

“I think the ANC were already facing the potential of losing power before this, which is why they are so desperate to delay having an election. They know what's coming.”

Steenhuisen cited the government's handling of the pandemic, high unemployment statistics and the economy.

“They've seen the effects of pandemic politics and our government has done an appalling job in terms of Covid-19 vaccines. We remain one of the least vaccinated nations. It's had a terrible effect on our economy and citizens know that. So I think the ANC were already in trouble. I think this is going to reduce the majority even more.”

He used the platform to sway South Africans to vote for the DA. “I am here saying we need your help. We need you to stand with us because we've now gotten an opportunity to bring the ANC below 50%."

The DA said its representatives were engaged in cleanup efforts and asked for assistance to help those affected.

“Please stand with us and donate towards our efforts. We cannot just address the symptoms of deep inequality and horrific unemployment levels. This will happen again if SA does not get the deep, fundamental economic reforms that the national government has shown very little interest in implementing.”

The DA says it will lay a complaint of incitement of violence against EFF leader Julius Malema and former president Jacob Zuma's children, Duduzane ...
News
2 months ago

'Speak up in defence of constitution': DA wants urgent parly debate on Zuma

In the debate, the DA wants police minister Bheki Cele to account and President Cyril Ramaphosa to "step up and speak up in defence of the ...
News
2 months ago
Next Article