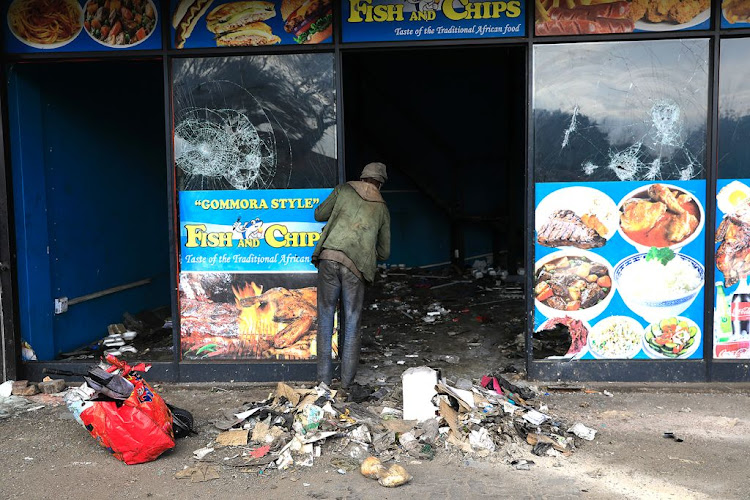 Clean-up efforts were under way on Thursday in Alexandra, Johannesburg, after days of looting saw stores being gutted.
Image: Alon Skuy

Acting minister in the presidency Khumbudzo Ntshavheni said on Thursday that one of the 12 alleged instigators of riots that swept across two provinces has been arrested.

Ntshavheni was giving an update to the government's response to days of civil unrest that has caused damage to infrastructure running into billions of rand.

Police tracking teams were keeping the remaining 11 suspects under surveillance, she said.

Ntshavheni appealed to residents in areas affected by the violence to work with the authorities to bring the situation under control and set aside racial divisions.

Minister Ronald Lamola on the number of looting arrests: 'It's increasing pressure in police cells'

Correctional services minister Ronald Lamola says the number of arrests related to the rioting and looting in Gauteng and KwaZulu-Natal is starting ...
News
1 year ago

SA has deployed soldiers to help police quell the violence and looting that erupted over the weekend.
News
1 year ago
Next Article