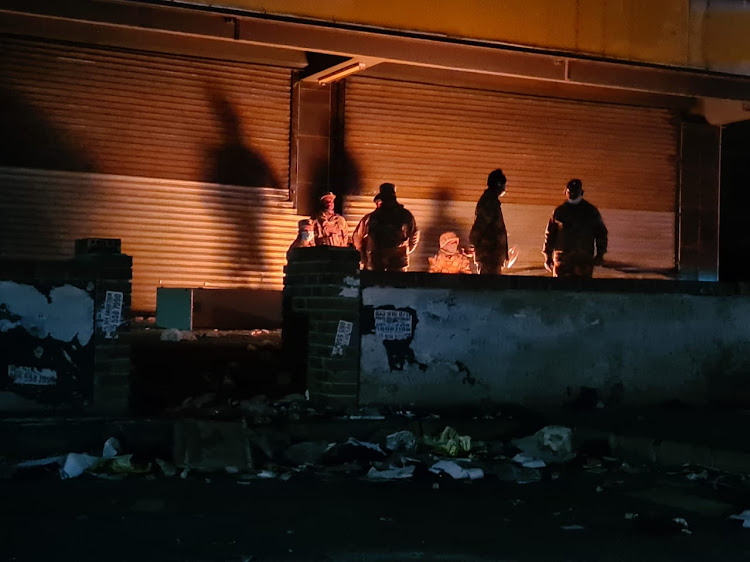 Soldiers keep themselves warm in temperatures below zero in Alexandra on Tuesday evening.
Image: Alex Patrick

Sporadic looting in Gauteng seemed to have cooled down on Tuesday evening.

The military rolled through the streets of Alexandra, which were still littered with burnt tyres, rocks and other debris.

The flames in Alex belonged to soldiers keeping themselves warm in temperatures that dipped below zero.

Arrests, he said, were part of the solution, “but the time has come for us to chase the instigators and agitators”.

At nightfall in distant warehouses overlooking the township, the glow of coals caught shadows making their way in and out of buildings. Armoured vehicles carrying law enforcement officials scattered the looters into alleys and the densely packed environment, only for them to return moments later.

An hour away in Mamelodi , northeast of Pretoria, the police, Tshwane metro police and local security personnel were playing cat-and-mouse keeping looters away from the Mams Mall.

The mall had been completely overrun that afternoon. 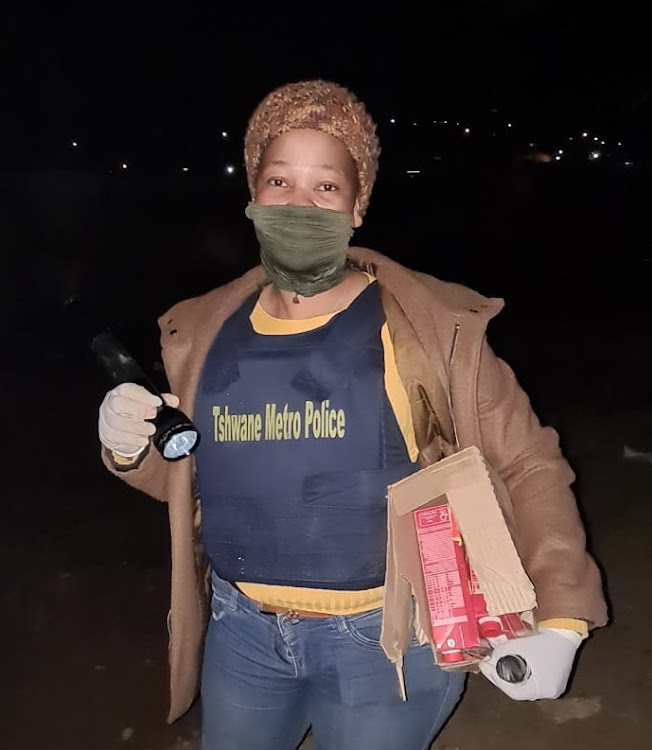 A security guard stood at the only unlocked gate while colleagues and police officers chased groups of looters back from the perimeter.

Sporadic shots were heard from the surrounds of the mall when police fired rubber bullets at encroaching groups of looters. Occasionally, the sound of return fire was heard from the slopes and valleys nearby.

Tshwane metro police department’s Const Manana Gololo cautioned a TimesLIVE team at around midnight to stick with the police as looters were expected to be hiding in tall reeds just metres from the mall.

On Tuesday evening, the mall was eerily quiet except for the sound of an alarm coming from ATM machines that had been gutted. Despite damage to the glass entrance, the electric doors sporadically opened and closed. The floor was wet and smelled strongly of alcohol.

A single toddler’s Reebok takkie lay at the entrance to the mall with a R699.99 price tag.

Local security worked through the night to ensure the mall remained free of looters, but there was no stock left to steal.

The security groups are locals who have worked overtime to help police. They were dismayed when they spoke of the damage to the local economy. 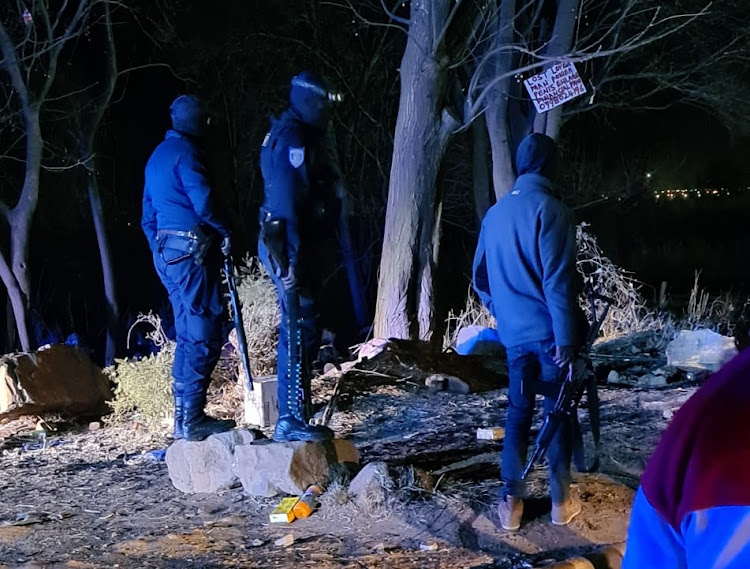 Local security worked through the night with police to ensure the Mams mall was not targeted by looters.
Image: Alex Patrick

They said they would be able to identify looters in the morning because they would all be wearing new shoes.

Meanwhile, looting and destruction of buildings and infrastructure in KwaZulu-Natal continued.

The police were completely outnumbered as looters arrived en masse around Queen Nandi Drive, many in vehicles, essentially blocking the roads.

Factories in Durban and Pietermaritzburg were set alight during running riots.

On Tuesday, Col Brenda Muridili, speaking on behalf of the National Joint Operational and Intelligence Structure, said 72 people had died in the unrest.

Muridili said there had been 1,234 arrests linked to the violence. Of these, 683 were in Gauteng and 549 in KwaZulu-Natal. There was one arrest in Mpumalanga and another in the Northern Cape.

“The greater part of the inquest dockets relates to stampedes that occurred during the looting of shops and malls. Other deaths and injuries were related to ATM explosions and shootings,” said Muridili.