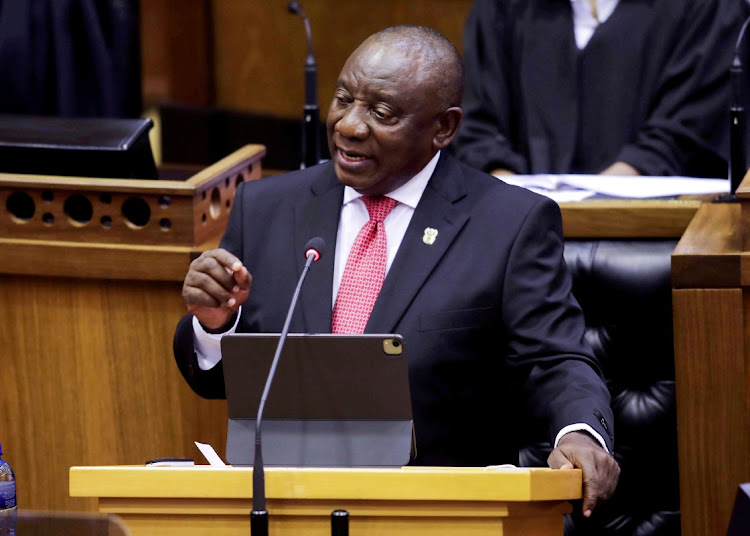 President Cyril Ramaphosa has told the ANC national executive committee the political events of the past two weeks — including the imprisonment of Jacob Zuma — demonstrate the difficulties associated with rooting out corruption and factionalism in the party.

Delivering his political overview on Friday at the start of the NEC meeting, Ramaphosa described the arrest of Zuma as a sad moment in the history of the ANC and said many people are pained by it.

It was the first time Ramaphosa has directly addressed the Zuma matter since the Constitutional Court sentenced the former president to 15 months in jail for contempt after his refusal to appear before the state capture commission of inquiry.

Ramaphosa said the ANC would forge ahead with its renewal agenda, telling the meeting  the party was making progress in cleansing itself.

“We have also seen progress in our various attempts at rooting out corruption and ill-discipline within our ranks, and also beginning the process, difficult as it is, in tackling factionalism,” Ramaphosa said.

“The events of the last two weeks have shown the difficulty of this task. It does not happen in a linear fashion; there are detours.

“We have witnessed concerted attempts to sow division in our ranks and destabilise our organisation by forces intent on pursuing narrow interests. These forces, both within our ranks and outside our movement, are threatened by the process of renewal and rebuilding that is ongoing.”

KZN paramedics from the VIP medical services had to alter their route on Friday when a group of protesters believed to be part of the “Free Jacob ...
News
1 year ago

Ramaphosa also slammed “elements” within and outside the ANC that remained hell-bent on sowing division.

He said the leadership of the ANC had to be respected for the party to be able to describe itself as a leader of society.

Renewal had to centre on branches as this was where change would “be most visible and meaningful”, he said.

Ramaphosa again stressed the need to deal with corruption and patronage. He told the NEC it has to clarify “its position” on the declaration of financial interests of ANC leaders, the need to conduct lifestyle audits on senior leaders and a policy on ANC leaders and their family members doing business with the state.

“As we did with the issue of stepping aside, we should have guidelines to regulate the application of this important matter that deals with the integrity of the movement,” Ramaphosa said.

“I am told that the Communist Party of China saw unbelievable growth in their membership after they demonstrated their seriousness in dealing with corruption.”

Ramaphosa also proposed to the NEC that it look at the type of ANC it wanted be in 10 years' time. The party would be turning 120 years old in 2032 and there was therefore a need to develop what he called Vision 2032.

“If we have greater clarity on our longer-term vision and a road map towards its achievement, we can have a better sense of what actions we to need to take now,” he said.

“Among other things, we will need to analyse the changes that are taking place in the country and the world — demographically, economically, technologically, geopolitically — and how we advance the NDR [national democratic revolution] under these changing conditions, some of these challenging.”

He proposed the party establish a “renewal commission” to realise this vision.

The KwaZulu-Natal government has called for calm amid growing threats to shut down the province through violent protests over the incarceration of ...
News
1 year ago

The KwaZulu-Natal government pleaded for calm on Friday amid protests believed to be part of a violent “Free Jacob Zuma and shut down KZN” campaign.
News
1 year ago

A screengrab that is circulating showed the video on Duduzile Zuma-Sambudla’s Twitter page but was later removed.
News
1 year ago
Next Article