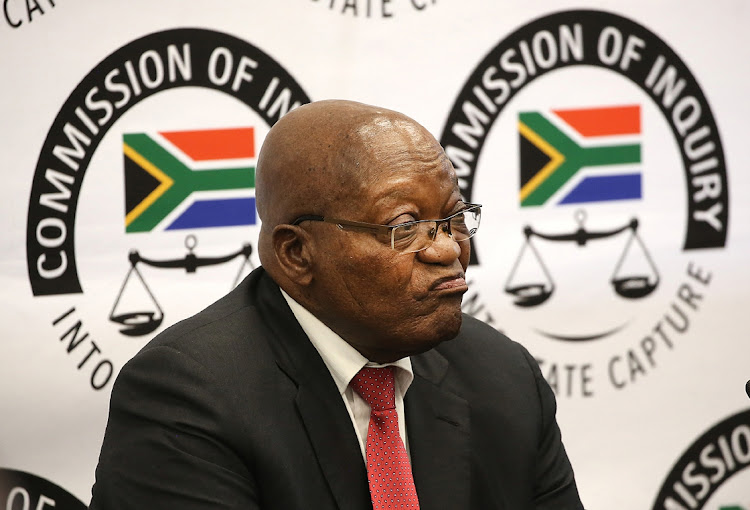 Former president Jacob Zuma will spend his first weekend in prison after his application for stay of arrest was dismissed by the Pietermaritzburg high court on Friday.

The matter was heard on Tuesday.

Without reading the full judgment on Friday morning, judge Bhekisisa Mnguni announced that “the application is dismissed with costs and such costs to include those occasioned by the employment of senior counsel”.

The interdict application has been part of Zuma’s multipronged approach to avoid jail time as he is currently launching an application before the Constitutional Court which sentenced him to 15 months in prison for contempt of court relating to his refusal to testify before the Zondo commission.

The ConCourt had ordered that Zuma be apprehended and sent to jail by the police by Wednesday if he did not hand himself over by Sunday when it sentenced him last week.

“We are profoundly disturbed by the willingness of Mr Zuma to court public violence and lawlessness in support of political and personal agendas,” ...
News
1 year ago

Rule of law in SA is on trial

Zuma’s lawyer Adv Dali Mpofu SC told the high court that his client would be prejudiced and have his rights violated if he were to be sent to jail to start serving the sentence only for his application for the rescission application to succeed before the ConCourt.

The apex court will hear the matter on Monday.

Mpofu argued that while the guilty verdict against him was issued by ConCourt, whose orders could not be overturned by lower courts, the high court had legal jurisdiction to issue the police arrest interdict as a form of temporary relief to Zuma until his application was finalised.

The Zondo commission, however, opposed the application and pointed out that the high court had no powers and jurisdiction to interfere with decisions of the highest court in the land.

Adv Tembeka Ngcukaitobi SC, for the commission, painted Zuma as a “recalcitrant, repeat lawbreaker” who wanted to rope in the high court to help him break the law and called on Mnguni to reject his attempts.

Zuma handed himself over to start serving his jail term on Wednesday night after another letter his lawyers sent to the ConCourt pleading for the suspension of the order that the police arrest him did not get a response.

Zuma, who is currently incarcerated at the Estcourt prison in uThukela, KwaZulu-Natal, is now pinning his hope on the rescission application in the highest court in the land.