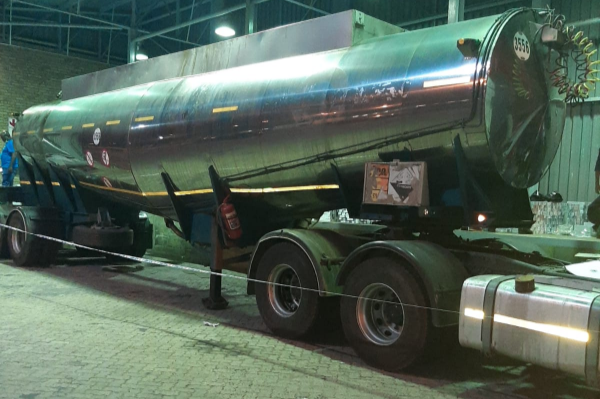 A truck driver who was caught with R4.8m worth of illegal cigarettes has been convicted by the Zeerust magistrate's court.

Petrus Toppies, 53, was convicted for contravention of the Customs and Excise Act.

On June 9, he was driving from Zambia to SA when he was stopped at the Kopfontein border post. The truck he was driving was searched and 355 master cases of illicit cigarettes were discovered.

Toppies, who was alone in the truck, declared to officials who pulled his truck over for inspection that he was transporting liquid molasses for cows.

“The resultant search revealed that the trailer’s flank compartments contained liquid molasses while the middle one was filled with 355 master cases of Pacific Blue cigarettes to the estimated value of R4,805,200.

“The driver was immediately arrested and liquid molasses had to be drained out as it is not suitable for use in South Africa. The truck and cigarettes were ultimately confiscated.”

Toppies was arrested and the matter was investigated by the Hawks’ serious commercial crime investigation unit. He made a series of court appearances until he pleaded guilty and was sentenced on Tuesday to a fine of R100,000 or 12 months' imprisonment and a further three years' imprisonment which were suspended for five years, said Capt Tlangelani Rikhotso, Hawks North West spokesperson.

A truck driver from Zimbabwe was arrested for smuggling illicit cigarettes worth more than R1m in Springs in Ekurhuleni at the weekend.
News
8 months ago

British American Tobacco SA (Batsa) says it is alarmed by the record increase in armed robberies targeting its products, which it says is stoking ...
News
11 months ago

A Sars employee stationed at the Beitbridge border post and two other men have been arrested for trying to get a truck containing R10m worth of ...
News
1 year ago
Next Article