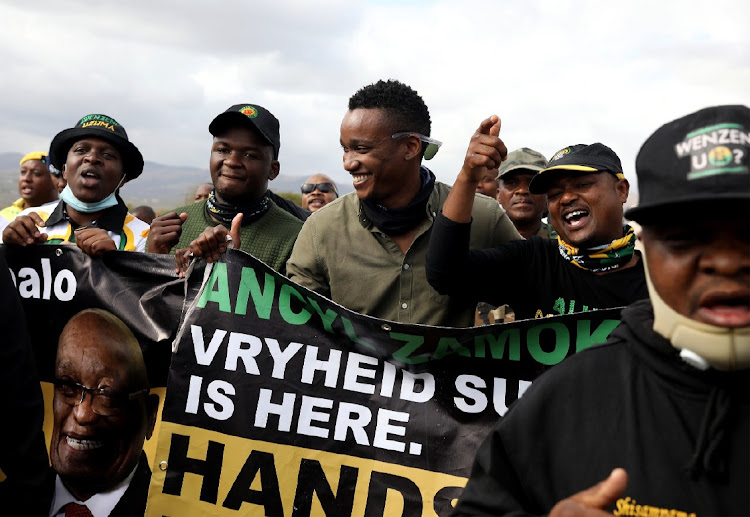 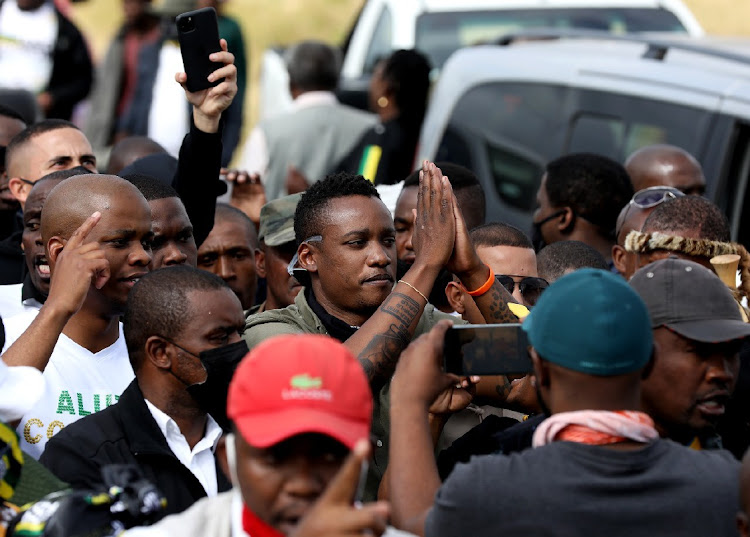 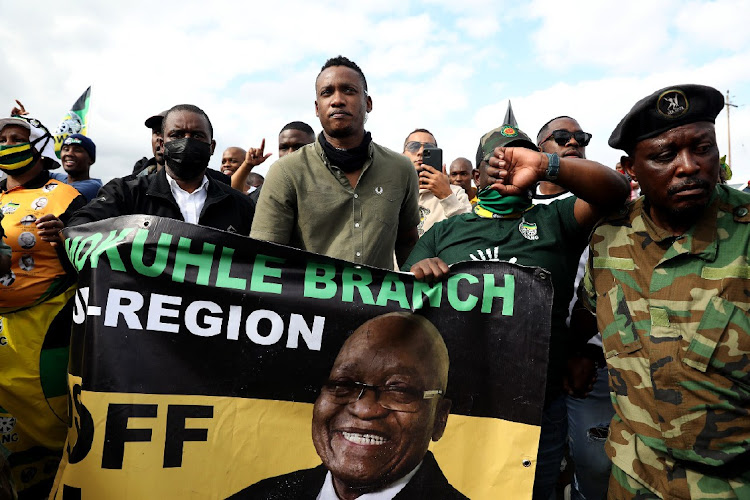 Duduzane Zuma has joined those who are rallying in support of former president Jacob Zuma. After the Constitutional Court sentenced the former president to 15 months' imprisonment for contempt of court.

Image: Sandile Ndlovu Some of those marching trying to block the camera of media present.

On Saturday, regiments of traditional Zulu warriors (amabutho), arrived in large numbers and bolstered uMkhonto weSizwe Veterans Association members who have for months formed an impromptu guard in defence of Zuma as the Constitutional Court weighed its decision on the former president’s defiance of an order to appear before the state capture commission.

Traditional prime minister to the Zulu monarch and nation, Prince Mangosuthu Buthelezi said their presence at the march was “unsanctioned” and a “clear act of defiance”.