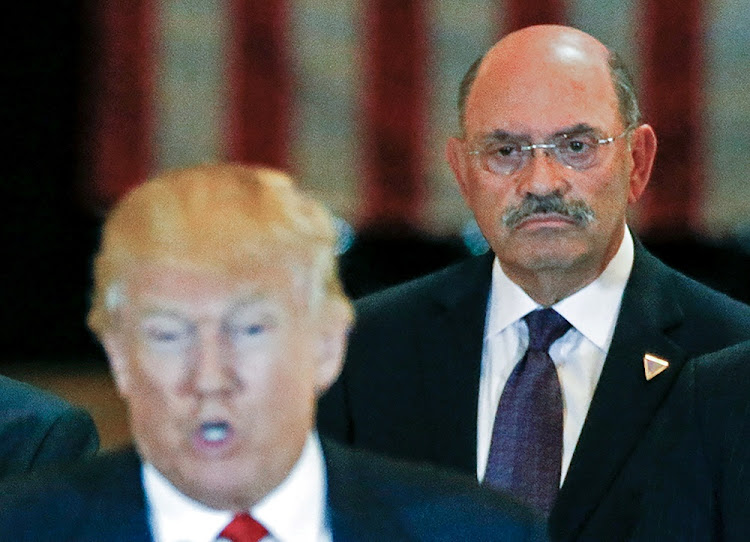 The Trump Organization's longtime chief financial officer Allen Weisselberg surrendered to authorities on Thursday, as he and Donald Trump's namesake company prepared to face the first charges from a criminal investigation.

Weisselberg and the Trump Organization are expected to be arraigned later in the day in a New York state court in Manhattan, a person familiar with the matter has said. The exact charges being brought by the district attorney, Cyrus Vance, were not immediately revealed.

"Mr. Weisselberg intends to plead not guilty and he will fight these charges in court," Weisselberg's lawyers Mary Mulligan and Bryan Skarlatos said in a joint statement.

Vance's office has been working with investigators from the office of New York Attorney General Letitia James.

An indictment of the Trump Organization could undermine the company's relationships with banks and business partners, and complicate Trump's political future as he contemplates running again for president in 2024.

In a statement, the Trump Organization said prosecutors were using Weisselberg, who has worked for the Trump family business for 48 years, "as a pawn in a scorched earth attempt to harm the former president."

"This is not justice; this is politics," the company said.

Trump himself is not expected to be charged this week, though prosecutors have said their probe into his company is continuing, his lawyer Ronald Fischetti has said.

The former president, a Republican, has denied wrongdoing, and called the probe a "witch hunt" by politically-motivated prosecutors. Vance and James are both Democrats.

Facebook Inc's independent oversight board tweeted on Monday it would announce a decision May 5 on whether to uphold former US President Donald ...
News
1 year ago

Thursday's charges are expected to focus on whether Weisselberg and other executives received perks and benefits such as rent-free apartments and leased cars, without reporting them properly on their tax returns, people familiar with the probe have said.

The Trump Organization called Vance's case a prosecution that neither the Internal Revenue Service nor any other district attorney would ever bring.

In a statement on Monday, Trump called prosecutors biased and said his company's actions were "in no way a crime."

The Trump Organization could face fines and other penalties if convicted.

Charges could increase pressure on Weisselberg to cooperate with prosecutors, which he has resisted.

Weisselberg's cooperation could be crucial to any future case against his longtime boss.

A private family-run business, the Trump Organization operates hotels, golf courses, and resorts around the world.

The indictment, by itself, could undermine the Trump Organization's relationships with banks and business partners.

Before entering the White House in January 2017, Trump put his company into a trust overseen by his adult sons and Weisselberg, who has maintained tight control over company finances. It is unclear what role Trump now has at the company.

Court filings, public records and subpoenaed documents have shown that Weisselberg and his son Barry have received perks and gifts potentially worth hundreds of thousands of dollars, including many benefits related to real estate.

The case could be charged as a scheme by the company to pay people off the books in order to hide assets over many years.

Vance has examined an array of potential wrongdoing, including whether Trump's company manipulated the value of its real estate to reduce its taxes and secure favorable loan terms.

Donald Trump will hold a rally on Saturday in Ohio, his first since his supporters' deadly attack on the Capitol, as he aims to bolster allies, ...
News
1 year ago

Facebook Inc on Friday suspended former U.S. President Donald Trump until at least January 2023 and announced changes to how it will treat world ...
News
1 year ago
Next Article