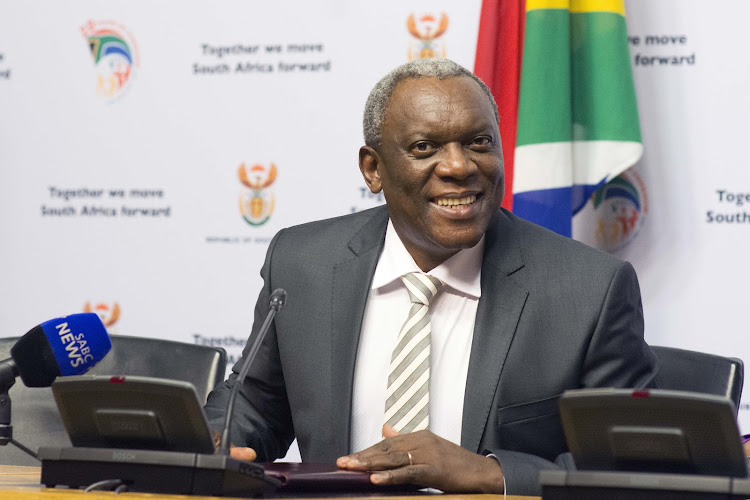 Siyabonga Cwele denies that he intervened to stop an SSA investigation into the alleged shenanigans of the Gupta family in 2011. File photo.
Image: TREVOR SAMSON

Cwele appeared at the Zondo commission on Tuesday to be grilled about allegations laid against him by Lizo Njenje, Mo Shaik and Mzuvukile Maqetuka.

At the heart of his testimony were claims by the trio that he had intervened to stop an State Security Agency investigation into the alleged shenanigans of the Gupta family in 2011.

The ex-top spies previously told the commission that Cwele summoned them to a meeting in Cape Town and instructed them to halt the investigation directed by Njenje.

Cwele admitted to meeting the three, but denied issuing an instruction for the halting of the investigation into the Guptas because of their proximity to then president Jacob Zuma. According to Cwele, the meeting followed a tipoff he received that Njenje and his team had been eavesdropping on a Gupta brother.

Upon enquiring about this, he said, it was confirmed to him by one “DDG” that he could not name, after which he summoned Njenje, who brought along with him Maqetuka and Shaik.

“The problem I had was investigating without the permission of a judge. At no stage did I say they must stop the investigation,” said Cwele.

“It is untrue that I called the meeting because of the relationship between the Gupta family and former president Zuma. What had to stop is what was alleged to be an interception without the direction of a judge. The investigation was not stopped by me. I do not know who stopped it.”

Cwele said among concerns that led to him taking a keen interest in what Njenje and his team were doing was that Njenje was in business competition with the Guptas, thus conflicted to lead an investigation against them.

“I did say that the abuse of state resources was not acceptable and I still maintain that. I said Mr Njenje pursuing his business interests must stop; I did not say the investigation [into the Guptas] must stop.”

Muthambi: 'I shared confidential info, but only with people I was allowed to'

'I want to place it on record that I've never shared any state confidential documents with people I was not supposed to share such information with,' ...
News
11 months ago