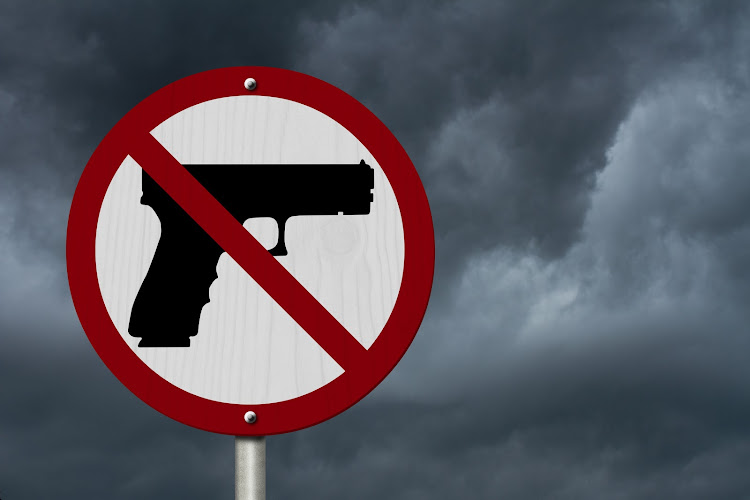 The public still has until July 31 to give reasons why the gun laws shouldn't be amended.
Image: 123RF/Karen Roach

Parties lobbying against the Firearms Control Amendment Bill are calling on gun owners to still send through their submissions as the government has extended the deadline for comments from the public.

Lawyers for police minister Bheki Cele wrote to the SA Arms and Ammunition Dealers Association and the Confederation of Hunting Associations of SA on Monday confirming this.

“We confirm that we have been instructed to advise you that the minister of police has approved a 21 working days extension for the comments to be submitted,” read the letter, dated June 28.

The extension means the closing date for submissions for public participation is now July 31 instead of July 4.

DearSA said more than 113,000 individually recognised public submissions had been made to the government on the FCA amendment bill since it was published in the government gazette late last month.

“Such an exceptional display of active citizenship reveals South Africans are serious about this topic,” the group said.

The bill seeks to remove the “self-defence” clause as a reason to lawfully own a gun. It also seeks to reduce the licence period to five years and reduce the  number of allowed licences. The bill also seeks to limit ammunition per licence and will make it unlawful to reload ammunition.

Gun Owners SA, AGRI SA, the DA and #SafeCitizen were among the parties that had prepared submissions opposing the amendment.

Gun Owners SA said in its submission: “More than 60% of the firearm owners in SA are described as ‘black’ (in terms of the old concept of nationality which still pertains in government-think). Many of them (disproportionately so) do not have the means at their disposal to have armed (for now) security on call, so this proposed disarming of civil society will fall most heavily on them, women and the elderly. And this from a government who would claim to be people-centred, and concerned with gender-based violence.”

In its submission, Agri SA said: “In a country with one of the highest murder figures in the world, it is unthinkable that communities cannot exercise their right to life by protecting themselves, which will be the case if the police succeed in amending the Firearms Control Act by scrapping self defence [as a reason to own a gun].”

#SafeCitizen said: “The architects of this bill appear to have completely lost touch with rationality as they propose amendments to the current firearm licensing system that are simply unbelievable. Certainly the most bizarre aim of the new bill is to deny citizens the right to possess a firearm for the purpose of self-defence. This comes shortly after Minister Cele is on record in parliament not only reducing the operational budget of the police but concurrently increasing the budget for executive protection of cabinet ministers and political ‘high-ups’.”

Cele had said the rationale behind the proposed changes is to respond to the overarching policy principles of non-proliferation of firearms in SA, and the strengthening of the processes relating to applications for firearm and ammunition licences and the management of firearms and ammunition.

He stressed that arming citizens would not solve the country’s high crime rate.

“The mere possession of a firearm can lead to increased rates of victimisation, both for the gun owner and those living in the household,” he said.

The DA, however, has disputed the reasons given by Cele, saying they are baseless and absurd. “The bill is merely aiming to disarm law-abiding citizens. This is reckless and leaves civilians with their hands tied behind their backs when facing criminals.”

California officials on Thursday said the state has appealed a federal judge's decision to strike down its three-decade-old ban on assault-style ...
News
3 months ago

Our police minister, Bheki Cele, has recently informed South Africans that our government is proposing amendments to the Firearms Control Act (Act ...
Opinion
3 months ago
Next Article