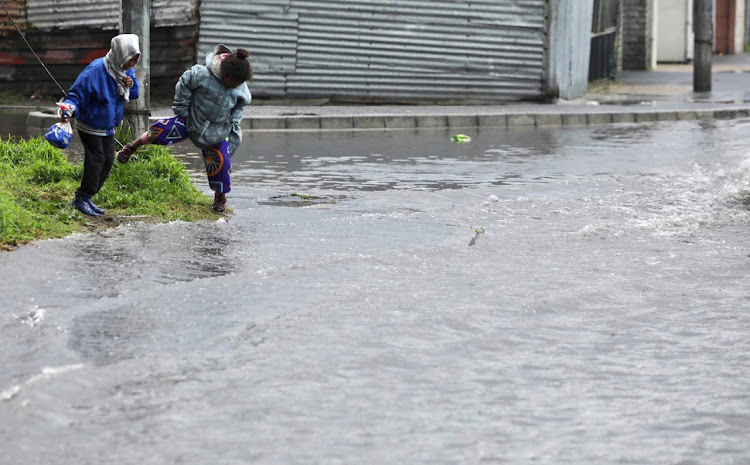 The SA Weather Service has issued warnings for heavy rain and potential flooding in Cape Town and other parts of the Western Cape on Monday. File photo.
Image: Esa Alexander

Severe weather conditions driven by a cold front that made landfall overnight could lead to an increase in electrical faults in the Western Cape, Eskom warned on Monday.

The cold front — the first of three forecast for the province this week — brought heavy rain and strong winds that could “put the network at risk” and “potentially leave customers with prolonged periods without electricity”, warned the power utility.

“Unfortunately, these conditions also affect the restoration efforts of technical teams out in the field.”

The SA Weather Service (SAWS) said a low pressure system was expected to move along the west coast, bringing rain to coastal regions and winds speeds of up to 100km/h for parts of the Northern Cape and Central Karoo.

Average wind speeds between 60km/h to 80km/h could be expected along the west coast.

🌧️A cold front made landfall over the SW Cape this morning (Monday 28 June 2021). Wet, windy and cold conditions are expected to continue for the remainder of the day. Another cold front will affect the Western and Northern Cape tomorrow and Wednesday. pic.twitter.com/xEHCeVGNgZ

In its travellers' forecast for Monday, SAWS issued an orange level 5 warning for rain resulting in flooding over Cape Town.

A yellow level 2 warning for rain resulting in localised flooding was issued for the southern parts of the West Coast, Cape winelands and Overberg district municipalities.

“Yellow level 2 warning for winds resulting in problems for high-sided vehicles, localised power interruptions and localised infrastructure damage is expected over the west coast, Cape winelands and Central Karoo of the Western Cape, the southern Namakwa district and southeastern parts of the Northern Cape and the Sarah Baartman, Chris Hani, Joe Gqabi and Raymond Mhlaba districts of the Eastern Cape,” said the weather service.

Another cold front is expected to arrive on Wednesday evening and the third on Thursday morning, bringing more rain and cold.

The weather service said no snow was predicted but cold conditions could be expected across the rest of the country over the coming days.