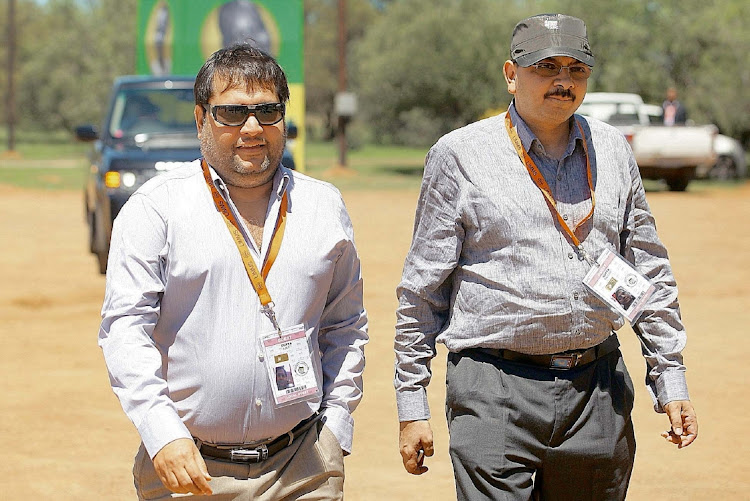 The R2.1bn mine, which was purchased by Gupta-owned Tegeta Resources in 2016, is said to have received large sums of money from Centaur Ventures, a company run by the Guptas' in-laws.
Image: Kevin Sutherland

The state may have paid over R1bn to purchase Gupta-owned Optimum Mine, Shadow World Investigations researcher Paul Holden told the state capture commission on Friday.

He testified about how the controversial family used money obtained illegally from irregular contracts with the government to acquire the asset and the country was left to suffer huge collateral damage.

The R2.1bn mine, which was purchased by Gupta-owned Tegeta Resources in 2016, is said to have received large sums of money from Centaur Ventures, a company run by the Guptas' in-laws.

In total, Centaur Ventures is said to have moved over R2.7bn into the accounts of Centaur Mining and Optimum Coal Mine.

“The Gupta enterprise used criminal funds derived from state capture to purchase the assets - and that’s Optimum - through a system that effectively sees criminal money from the state being used as a source of finance advanced to the Gupta enterprise.”

"The Guptas then used these criminal funds to pay the bridging fund that had been raised from criminal funds earlier. The end is that the state ended up paying for over half this asset and suffered huge collateral harm," Holden told the commission.

'Knowing a person does not make you complicit in their wrongdoing': Gigaba on friendship with Ajay Gupta

Former public enterprises minister Malusi Gigaba on Wednesday told the state capture inquiry that it would be short-sighted if it operated on the ...
News
1 year ago

The revelation comes days after he reveled that the total cost of state contracts channeled to Gupta-linked entities was an estimated R57bn.

Holden, who handed a report to the commission, said the impact of grand corruption in state-owned enterprises had negatively impacted on the ability of the state to deliver on its constitutional obligation.

"A good example of this is the effective collapse or significant deterioration of the services provided by Prasa [ Passenger Rail Association of SA]," he said.

If SA was serious about tackling corruption head-on, he recommended that it joins what he described as the 'transparency revolution' taking place around the world This as the corruption had led to social harm, he said.

"[The] social cost of money being diverted from service delivery and other necessary expenditure to pay bribes to criminals and enterprises."

Holden cited Transnet locomotive contract, which had to include an increase in the price to facilitate a 21% bribe margin that was effectively paid to the Gupta enterprise. This was at a cost of R7.8bn loss to the state.

Among several recommendations, Holden said the country needed to do away with a number of practices and adopt those which would encourage transparency.

"With the company's intellectual property's commission, as it stands now, it costs SA citizens quite lot of money to check for the existence of a company, whose company directors and what their ID numbers are.

"That is actually very unusual in the international experience where its generally free at the point of access - for all citizens to check who directs the company.

"I would argue that should become a freely available public database...I think the gains of transparency would be absolutely enormous," he said.

Holden said while investigating the links, he had encountered a number of challenges in terms of accessing information including finding out the beneficial ownership of companies which was not readily available in SA. This, he said was another element that had to be eliminated.

Zwane admits to appointing advisers without knowing them much

Former mineral resources minister Mosebenzi Zwane had a hard time yesterday maintaining that he was not a “stooge of the Guptas” as he was grilled ...
News
1 year ago

Former mineral resources minister says he hitched a flight with controversial Gupta brothers from Switzerland to India ‘because he was sick’.
News
1 year ago

Zwane returned to the stand at the Zondo commission into state capture on Tuesday where his Switzerland trip and meeting with Glencore chief ...
News
1 year ago
Next Article