Weiner also quizzed advocate Dali Mpofu SC, representing Magashule, on whether his client's appearance before the commission did not constitute a prior hearing before he was suspended after he refused to leave office. 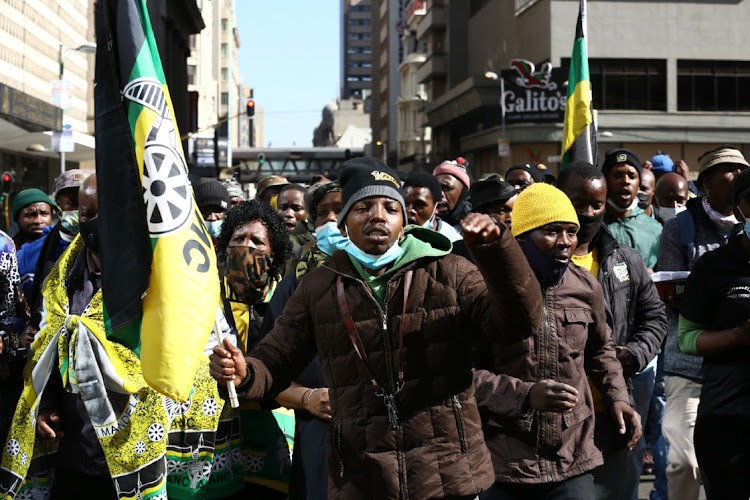 Suspended ANC secretary-general Ace Magashule’s defence counsel was grilled on why he had made a prior undertaking to step aside if instructed to do so by the party only for him to dig in his heels when he was directed to do so.

Magashule appeared before the Joburg High Court on Thursday where he is launching his bid to have his suspension by the ANC overturned and the party’s “step-aside” rule declared unlawful and unconstitutional.

Judge Sharise Weiner pointed out that Magashule had appeared before the ANC’s integrity commission, which recommended that he step aside or be suspended, and where Magashule made an undertaking to step aside if instructed by the national executive committee.

Weiner also quizzed advocate Dali Mpofu SC, representing Magashule, on whether his client's appearance before the commission did not constitute a prior hearing before he was suspended after he refused to leave office.

Ace Magashule declares he is ready to rumble

Suspended ANC secretary general Ace Magashule says he is in good spirit ahead of the hearing of his court application to challenge his suspension and ...
News
2 months ago

Magashule is among a number of ANC leaders formally charged for corruption and other serious crimes who have been suspended by the party after they refused to vacate their position in line with the party’s “step-aside” rule.

Magashule is accusing President Cyril Ramaphosa's faction of having used the rule to target him politically.

A number of Magashule’s backers picketed outside the court in central Johannesburg as hybrid proceedings of the court case continued.

Mpofu  accused the ANC of having “unlawfully doctored” the resolution adopted by the party in 2017 to deal with corruption.

He argued before the full bench that the party had violated Magashule’s rights by removing him from his position without giving him a hearing.

Mpofu said while the ANC was empowered to suspend Magashule, this had to be done lawfully and that the party had failed to do this. He said that section 25.70 of the ANC constitution was also unlawful as it enabled the “step-aside” rule to be implemented punitively against members without being afforded the chance to tell their side of the story. He argued that it was an affront to the presumption of innocence.

Mpofu said that Magashule had wanted the NEC hearing after he had consulted ANC veterans before he was suspended, and not the hearing of the integrity commission.

Mpofu argued that the ANC’s own constitution prescribed a fair procedure, presumption of innocence and an opportunity to affected members to defend themselves when they were facing a disciplinary case, and that this was not catered for by the rule used to remove Magashule.

Judge Jody Kollapen, however, pointed out that the ANC constitution’s section 25.70 did not contemplate a disciplinary hearing and that it suspended individuals who were criminally charged in the interest of the party’s image.

Mpofu, however, argued that fair process had to apply with equal force in implementing the “step-aside” rule when people were pushed out for refusing to voluntarily step aside.

The ANC is expected to present its arguments on Friday.

ANC president Cyril Ramaphosa and deputy secretary-general Jessie Duarte could not “simply strut along” and file their court papers late without ...
News
2 months ago

'We know that if a national conference was to be called now, comrade Ace will emerge victorious,' MKMVA spokesperson Carl Niehaus claimed on Thursday.
News
2 months ago