SANDF will not tolerate criminality in its ranks, minister says 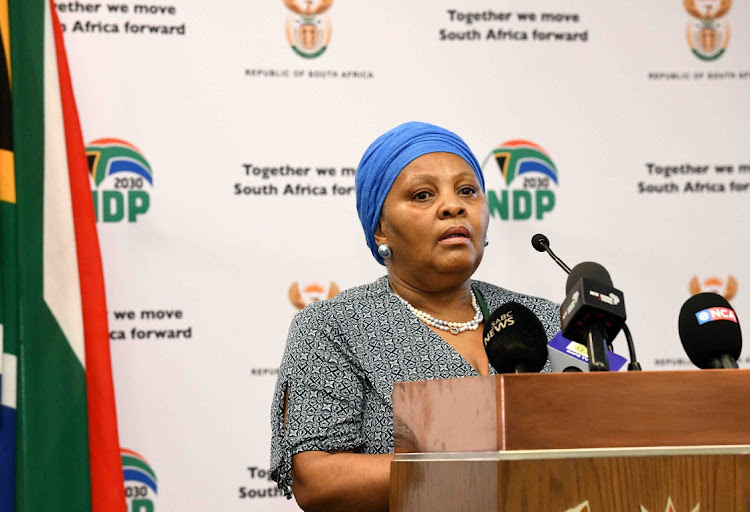 The six arrested soldiers are alleged to have been involved in various border-crime activities involving syndicates operating along the Beitbridge border crossing and Limpopo River.
Image: GCIS

Defence minister Nosiviwe Mapisa-Nqakula says the SANDF will not tolerate any criminality in its ranks.

She was commenting after the arrest of six soldiers who allegedly helped crime syndicates operating along the Beitbridge border crossing and Limpopo River.

The soldiers were arrested on Monday after an investigation by a joint team from the Hawks and Crime Intelligence. SANDF law enforcement officials formed part of the sting operation to arrest the suspects.

“There is no place for criminal elements in the SANDF and those allegedly involved in criminal activities will face the full might of the law without exceptions,” said a statement issued by the military.

“The minister wishes to remind and warn both civilian and uniformed members of the SANDF that ill-discipline and criminality in the military community will not be tolerated and those whose behaviour goes against the ethos of the defence force will be dealt with in accordance with the laws of the country, regardless of the level or position in the SANDF.”

Troops deployed to stem the tide of coronavirus

Military medical teams have been deployed to some Gauteng hospitals where health workers are overburdened and at risk of burnout due to the ...
News
5 months ago

Acting health minister Mmamoloko Kubayi-Ngubane said on Friday that the SANDF military health service was being deployed in Gauteng to ease the ...
News
5 months ago

SA's department of defence is setting up a sexual misconduct centre to deal with cases of abuse in the army, minister Nosiviwe Mapisa-Nqakula said on ...
News
5 months ago

Senior leadership from the department of defence and the SANDF will on Monday host a military ceremonial handover of the body of Corporal Simanga ...
News
5 months ago
Next Article