Vaccines for Africa: WHO plans a vaccine tech hub - to be built in SA

Lab may be able to produce vaccines in a year, whole of Africa should benefit 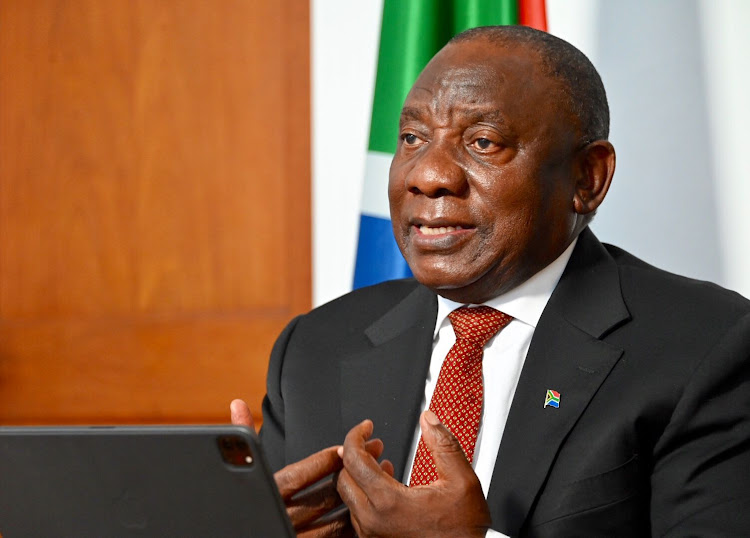 The World Health Organisation (WHO) has announced the establishment of the first messenger RNA (mRNA) technology transfer hub for Covid-19 vaccines - and it will be built in SA.

Among other functions, the hub will allow for manufacturing of vaccines, medicines and other health-related commodities to scale up production.

This was a historic move, which would put Africa on a path to self-determination, said President Cyril Ramaphosa.

"Through this initiative and others, we will change the narrative of an Africa that is a centre of disease and poor development. We will create a narrative that celebrates our successes in reducing the burden of disease and in advancing self-reliance and sustainable development. This will enhance our capacity to take responsibility for the health of our people," he said.

Ramaphosa was speaking alongside WHO officials and French President Emmanuel Macron, who attended the briefing virtually.

Asked about the significance of the initiative as the country battles a third wave of the Covid-19 infections, he responded: "We from Africa have been calling for the capability, capacity that needs to be transferred to Africa so that we make our own vaccines. It's been shown now that we just cannot continue to rely on vaccines that are made outside Africa because they never come, they never arrive on time, and the people continue to die. This is phenomenal step."

Ramaphosa has consistently pushed for a temporary waiver of vaccines' intellectual property rights in order to speed up production.

"Debates around improved access to medicines, diagnostics and vaccines have been ongoing for many years. We therefore thank the WHO for taking this bold step and commend member states for moving us from discussions to real work and realistic development."

He was confident in the country's ability to execute its mandate.

Speaking at the opening session of the Qatar Economic Forum, Ramaphosa said SA would be going ahead with its vaccination programme using the Johnson ...
News
10 months ago

"In the achievement of this goal, we will not fail. South Africa welcomes the opportunity to host a vaccine technology transfer hub and to build on the capacity and expertise that already exists on the continent to contribute to this effort.

"With this investment of technology, knowledge and expertise, we will go beyond the development and manufacture of vaccines into a new era of innovation and progress," he said.

It was not immediately clear when the hub would be set up but WHO's  chief  scientist, Dr Soumya Swaminathan, said it could take a few months.

"The timelines of when vaccines could be produced in the country will depend on whether there is tried and tested technology that can be much more easily transferred to the facility in SA which already exists ...

"We could expect to see within nine to 12 months vaccines being produced in South Africa. We would like to take it step by step and within the next few weeks we should be able to provide further details on the technology and when the work actually begins. We will try to do it as quickly as possible," she said.

"We intend to pursue these objectives in close co-operation with other countries on the continent, enhancing regional trade and investing in science and innovation. As we work together to respond to this grave global crisis, we are laying a firm foundation for the achievement of health security for the world’s most vulnerable people."

Get vaccinated to save education sector, Motshekga tells teachers

Basic education minister Angie Motshekga has made a clarion call to all teachers to use the upcoming vaccination process to get inoculated in order ...
News
10 months ago

We will build an ethical ANC that acts against corruption without fear or favour: Paul Mashatile

The ANC will follow in the steps of the Chinese Communist Party in building an ethical organisation that deals firmly with corruption, says ...
News
10 months ago

All teachers to be vaccinated by July 8, says Angie Motshekga

All teachers will receive a Covid-19 vaccination by the time the winter school holiday begins, basic education minister Angie Motshekga said on ...
News
10 months ago
Next Article