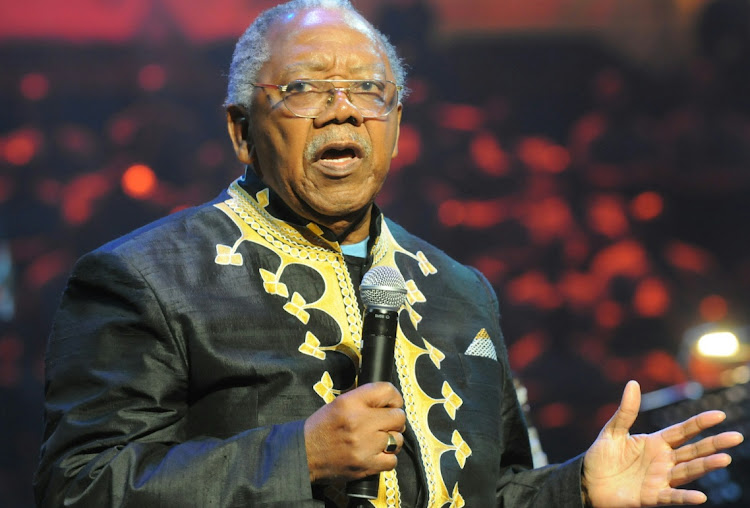 Khumalo, who was known for his exceptional composing skills, died on Tuesday morning after a long illness, a family spokesperson said.  Known by his clan name Mtungwa in the choral cycles, he had turned 89 on Monday.

The family statement said: “It is with great sadness that [the] Khumalo family announces the passing of our beloved father professor Mzilikazi James Khumalo. He passed away in the early hours of this morning. Our father was a celebrated composer and custodian of choral music, we will therefore be celebrating his legacy. And will share information pertaining to this memorial service and funeral arrangement in due course.”

He composed his first song in 1959 called Mangificwa Ukufa, a song that remained popular even in the late 1990s.  From then, he  never looked back and composed choral songs such as Ushaka ka Senzagakhona, Princess Magogo ka Dinuzulu, Ugqozi and Ibhange Lama Africa among others.

Some of the people who worked with him have praised Khumalo for an incomparable skill of painting a picture using music.

Ali Mpofu, who once celebrated Khumalo in a massed choir festival for preserving choral music at the Linder Auditorium in Johannesburg, said he was saddened by the death of Khumalo.

“I have never seen BabuKhumalo that happy. He was excited and saying no-one has ever done what we did for him. He will be sorely missed.”

Gauteng Choristers conductor Sydwell Mhlongo, who met Khumalo in 1990, said Khumalo was a great composer and knowledgeable when it came to indigenous music.

“As much as  BabuKhumalo was a great composer, he was also a teacher. Whenever he was explaining something to you, he made sure you understand where he was coming from. You asked one question and he would give you a full lecture. He was a moving fountain of wisdom when it comes to indigenous music.”

Mhlongo said for over six decades people have enjoyed Khumalo's music both locally and internationally. He said whenever his song was included in a choral competition everyone would be excited and looking forward to perform his music.

“I remember in Africa 2004 we went to Europe and performed his song Ushaka ka Senzangakhona in seven countries and we got a standing ovation after the performance. Since he was also a linguistic professor he was able to mix language and music together.”

A staunch Christian, Khumalo was born on June 20 1932 to parents who were in the Salvation Army ministries. Khumalo was part of the committee that amalgamated the Nkosi Sikelel' iAfrika prayer with Die Stem