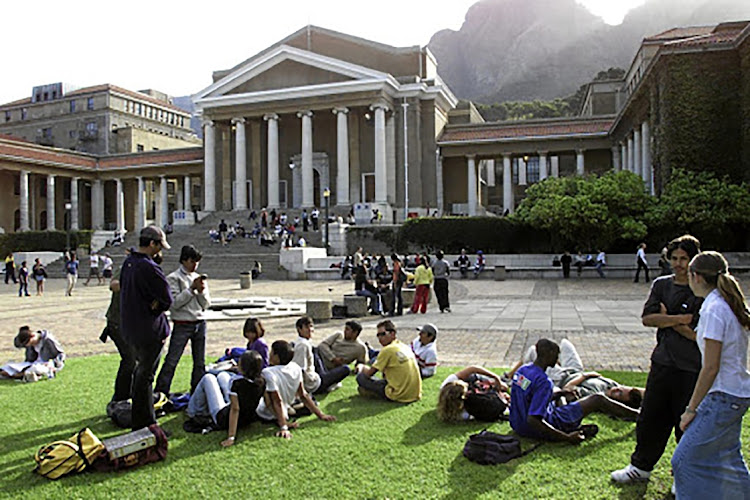 Students relax on the campus grass at the University of Cape Town.
Image: TERRY SHEAN

The University of Cape Town (UCT) has announced that it is renaming Smuts Hall, the student residence on the upper campus.

UCT council chairperson Babalwa Ngonyama said the name change was approved by the council on Saturday, which indicated how far the institution had come under the current executive leadership since the time of #RhodesMustFall.

Ngonyama said the council’s decision would take immediate effect and the name Smuts Hall would be removed from the residence and in the interim the name Upper Campus Residence would be used until the process of determining a new name was formally concluded.

“The changing of names should not be seen as merely replacing what we do not like with what we feel resonates well with us or what we feel we relate better to. It should go beyond the view that the name we are changing is a source of discomfort or pain for those advocating for change. Nor should it be viewed as an act of diminishing, discarding or deviating from history by those who would wish that the status quo should remain,” Ngonyama said.

She said the council’s decision would allow UCT to move on from the past while continuing to recognise the significance of “our” legacy.

“There are many creative possibilities for reimagining the UCT campus in ways that will build inclusivity and look to the future. Over the coming months, UCT will be holding discussions across the campus community about the new name for the Upper Campus Residence, as well as for other buildings,” she said.

She said this should be seen as an opportunity for the UCT community to forge a new path together, towards creating an environment of inclusivity and shared identity on campus.

“An environment where all members of the campus community feel represented by and can reflect on and relate to the buildings, spaces and symbols on campus. Collectively, we can all help in efforts to continue creating an environment on our campus that is increasingly inclusive and reflective of the growing diversity in our campus community,” Ngonyama said.