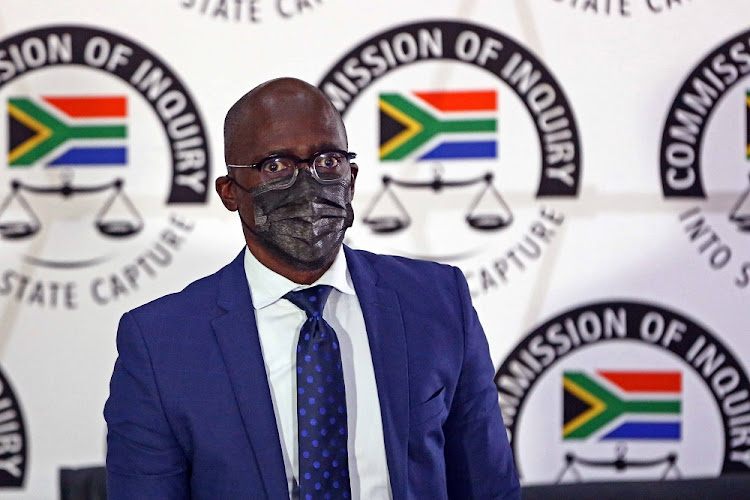 Former cabinet minister Malusi Gigaba has admitted at the Zondo commission that vetting processes during his tenure were lax.

Gigaba was replying to deputy chief justice Raymond Zondo who had asked the former minister to comment on the matter given the number of state-owned entities and challenges with their boards.

Gigaba served as a minister of public enterprises between 2010 and 2014. He was being questioned about the appointment of board members at SAA during his tenure.

Gigaba said, however, there were many individuals who did well during their tenures at the different SOEs.

Commission chairperson Zondo, had questioned whether boards of SOEs like Transnet, Eskom, Denel and SAA were doing their jobs, given the period of state capture and the damage done to parastatals.

“Also you ask yourself the question whether those boards were populated by the right types of people and that raises the question ... whether the vetting which you say the department would do before people were appointed to the board, was done properly, was done by people who knew who they were looking for,” said Zondo.

He questioned the process followed to appoint Rajesh Naithani to the board of SAA because he had some pull with the Indian government.

Gigaba had earlier explained that the SAA board had needed people with influence in both India and China because its flight slots were inconveniencing its passengers in terms of landing time, leading to them ditching the state-owned carrier for other airlines.

"I would like to emphasise that I am a man of integrity and I am honest," former minister Malusi Gigaba said.
News
11 months ago

Zondo said it seemed that Naithani's name may have been forwarded to the cabinet even before he went through checks.

“The impression I am getting is that his name may have been sent to the cabinet even before the department and yourself satisfied themselves that there was proper proof of what was claimed about him, namely this ability that he was said to have, that he would influence the Indian government to treat SAA in a certain way,” said Zondo.

Naithani was a Gupta associate having been recommended to Siyabonga Mahlangu, who was an adviser to Gigaba during his tenure, by Tony Gupta.

Zondo asked whether the department simply relied only on Naithani's CV and the say-so of Tony Gupta to go ahead with the appointment.

Gigaba asked not to go into detail on the matter, saying he will comment further when he appears again before the commission.

Former minister Malusi Gigaba will on Thursday evening table his testimony at the commission of inquiry into state capture.
News
11 months ago

Former cabinet minister Malusi Gigaba has alleged that his estranged wife Norma Mngoma was an asset used in a conspiracy against him by organs of ...
News
10 months ago

'I am sorry for raising my voice, chairperson, but I am filled with pain and anger at how my family is being dragged into this when they do not ...
News
11 months ago
Next Article