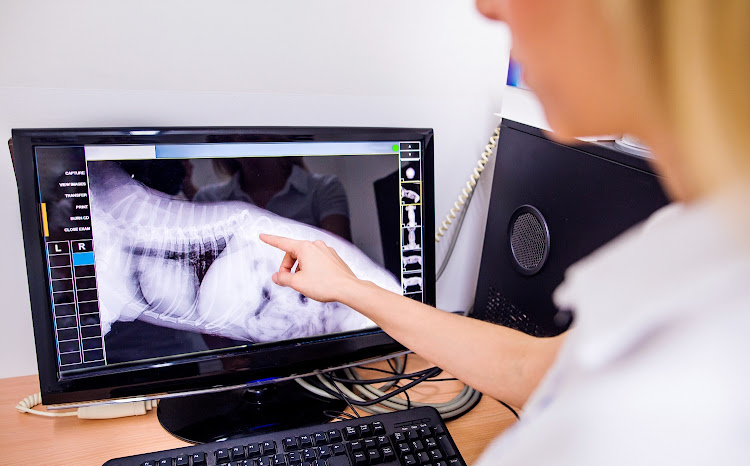 Scubie was taken to the vet with severe injuries and sadly did not survive. Stock image.
Image: 123RF/Jozef Polc

A 27-year-old man has been arrested after allegedly stabbing a “noisy” dog with a “homemade sword”, fashioned from a flat metal bar, at an informal settlement in Nomzamo, Strand, in the Western Cape.

Police spokesperson Capt FC van Wyk said the suspect allegedly had an argument with the owner of the dog, named Scubie, about the noise it was making.

“Both parties went inside their house. After a while the owner heard a dog crying very loud and he went to check and found the dog with a stab wound,” said Van Wyk.

Scubie was taken to Gordon’s Bay animal clinic where he died.

The incident happened in the evening of June 10.

The man was arrested on Thursday morning and is expected to appear in the Strand magistrate’s court soon.

Van Wyk said the suspect had also opened a case of assault with the intention to cause grievous bodily harm against the owner of the dog, claiming he was assaulted on the same night.

The Cape of Good Hope SPCA was alerted to the incident by the Helderberg Animal Welfare Society.

“Scubie’s owner had contacted them and they had already collected the alive, but severely injured Scubie from his home,” said the organisation.

Inspector Mark Syce said the homemade sword was fashioned from a flat metal bar, 18mm wide and roughly 1m in length, sharpened on one side and at the tip.

“On the opposite end of the blade was a grip made from cloth and tape. The 1m blade was thrust into the flesh under Scubie’s tongue and driven through his neck, severing the soft tissue, muscle and blood vessels in its path until it exited at the base of his head.

“Scubie was silenced but he didn’t die immediately, he was left like that, impaled by the 'sword', blood dripping from his mouth.”

Syce, who had visited the crime scene, said the dog's kennel had also been smashed to pieces.

“Scubie was an easy target.”

As tributes poured in for the two police dogs killed in a shoot-out with suspected cop murderers on Monday, a third canine officer was recovering at ...
News
11 months ago

Thailand on Friday deployed dogs trained to detect coronavirus infections by sniffing samples of human sweat, as the country deals with a spike in ...
News
1 year ago

The dog was dropped off by his owner, who no longer wanted him. The SPCA took him in and gave him the name Oliver.
News
1 year ago

A 13-year-old suspected housebreaker was found hiding in a bathroom at a home in Bluewater Bay in Gqeberha on Saturday, Eastern Cape police said.
News
1 year ago
Next Article