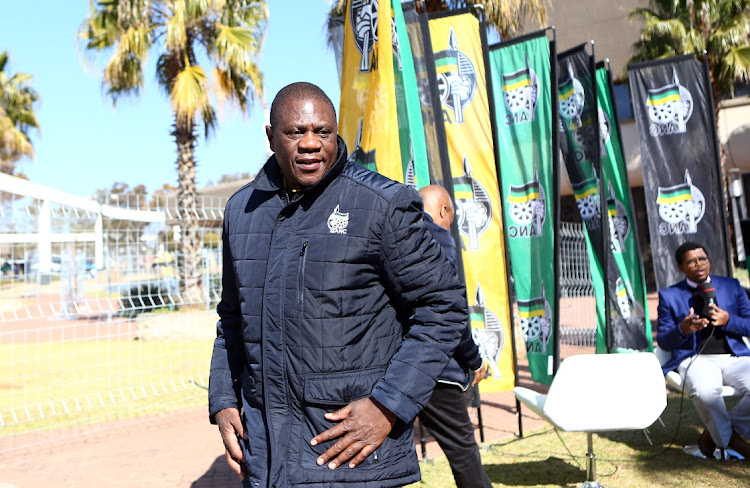 ANC treasurer-general Paul Mashatile says the party will leave no office untouched in reducing its bloated salary bill, including a possible reduction of staff by almost half.

The governing party has been struggling to pay staff salaries on time since 2019.

Speaking to Gauteng radio station 702 on Monday, Mashatile confirmed a Sunday Times report that the party was auditing its employees and had found a number of ghost workers on its payroll.

Mashatile said a report on the party's financial woes, recommending a staff cut, was compiled in 2019 but was not acted on due to the outbreak of Covid-19.

“We then took a decision to wait until the situation gets better because that report basically points to the fact that we need to cut down on staff and we just felt it was not the right time to do that, so we delayed the report. We have now revised it and officials have agreed that our salary bill is unsustainable,” he said.

Ghost workers and those approaching pensionable age were expected to be the first to be removed from the wage bill.

“The team doing the report believes that we could do with half the number of people we have at the moment, but we have agreed that the way to do it, firstly, is to look at people who are approaching pensionable age, [get] those out of the system first.

“You look at changing some of the functions because during the pandemic there are some functions that have become redundant.”

The Sunday Times reported that one of the biggest reasons for the ballooning salary bill was the secretary-general's office, which employed about 20 people, more than double the number before Ace Magashule took office. The presidency is said to have about 10 on the payroll.

Mashatile said there was nothing untoward about this, saying it had been going on for a long time in various departments.

“I wouldn’t just blame his office, we have asked the team to look at all offices. It is true though that sometimes when new leaders come in they would like to bring certain people on board, while the others are still in the system [and are] pushed ... to other departments.

“We all have to take the blame for it, all leaders have agreed. So there will be no holy cow that his office must not be touched. We are looking at all offices from the presidency [down].”

The office of ANC deputy president David Mabuza has employed former youth league president Collen Maine as an adviser. Asked about the relevance of the position, Mashatile said ANC officials could decide to get rid of it.

“There will be no holy cow — we are looking at all offices and we may well come to the conclusion that [a] function is not necessary, so we might be very brutal in the way we deal with this matter.”

Disgruntled ANC employees are on Tuesday expected to protest outside party headquarters Luthuli House in Johannesburg and at regional offices to air their grievances.

Asked if the party struggled to pay salaries because it was bankrupt, Mashatile said this was not the case.

He attributed the lack of finances to uncertainty from donors amid the implementation of the Political Party Funding Bill, which came into effect on April 1.

“No, we are not bankrupt — the problem is that funding from donors has been trickling in as opposed to previous years. You may recall that as of April 1 we have a law that governs how political parties receive their funding.

“Since the advent of the new law ... there has been a great reluctance from many businesses to donate, because of disclosure, so as a result we struggle to get money on time.

“It may well be that the reluctance now is also because people may be accused of getting tenders from the ANC, so they stay away, but there is also another factor ... since the pandemic in 2020 and the lockdown of the economy, many business have been struggling.”

ANC staff are due to embark on a nationwide picket next week over the governing party’s failure to pay salaries on time.
News
1 year ago

'MPs have really been cut to the bone': Ramaphosa denies politicians are living it up at taxpayers' expense

President Cyril Ramaphosa has defended the salaries and other benefits of MPs, saying the argument that legislators are highly paid fat cats "living ...
News
1 year ago
Next Article