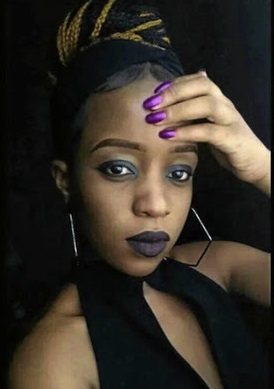 Aubrey Manaka revealed during his trial that he stabbed and raped Precious Ramabulana while she lay bleeding.
Image: Supplied

Gruesome details of the death of the late TVET college student Precious Ramabulana, 21, emerged in the Limpopo High Court in Polokwane today where Aubrey Manaka stands accused of her murder.

Ramabulana was stabbed 90 times and raped while bleeding.

Prosecutor Trot Mphahlele said the postmortem revealed that Ramabulana had 90 incisions from stab wounds by a knife.

When cross-examined by judge Francis Kganyago, Manaka, 29, revealed in court that he stabbed Ramabulana before and after raping her.

"I can't remember how many times I stabbed her but it was several. I stabbed her to overpower her, and I then raped her," he said.

Manaka said after raping Ramabulana he stabbed her to death because he was afraid she would identify him.

"I stabbed [her] to death because I feared she would recognise and report me to the police," he said.

Slain student's family to get home.
News
2 years ago

"Precious's mother has been in and out of hospital since the death of her daughter. It is weighing heavily on her because the death came after she lost her husband the previous year," she said.

Sitholimela said Ramabulana looked after her mother and siblings with NSFAS money she received for her studies.

"She bought furniture, not only food, and was doing her final year in public management," Sitholimela testified in aggravation

Manaka had this week pleaded guilty to  the brutal murder of Ramabulana.

Ramabulana was found in her off-campus room in Mokomene outside Polokwane, where she had been raped and stabbed multiple times.

Manaka was found in possession of her two cellphones.

The court further heard that Manaka had dropped out of school in grade 10 after he was dismissed for smoking dagga in 2011.

In his mitigation, Manaka said he has a four-year-old daughter who stays with her mother and he also looks after her financially.

Aubrey Manaka has pleaded guilty after confessing to raping and killing college student Precious Ramabulana at Mokomebe in Limpopo in 2019.
News
1 year ago

The man charged with the rape and murder of a college student has pleaded not guilty to all charges against him.
News
2 years ago
Next Article