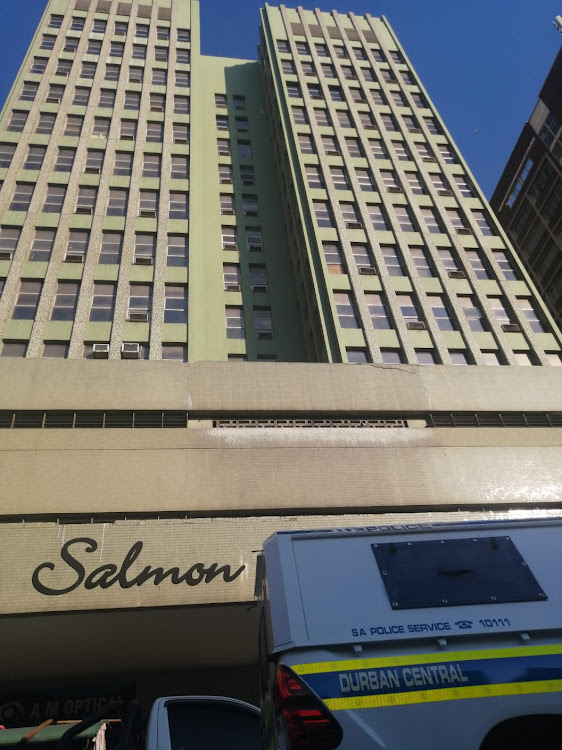 The building where a hostage situation is reportedly unfolding in central Durban.
Image: Orrin Singh

Police are trying to diffuse what appears to be a hostage situation in central Durban, where a man is believed to have an explosive device strapped to him.

Members of the Durban K9 unit have entered the 12-storey building.

Metro police have cordoned off a portion of the road surrounding the building, Salmon Grove Chambers, which houses a number of attorneys.

Sources on the scene told TimesLIVE that the man is an alleged aggrieved government employee who is demanding his pension payout.

It is understood that members of the Special Task Force are en route to handle the situation.

Members of the Durban K9 unit have entered a block of flats on Anton Lembede street in the CBD where a man is believed to have explosives strapped to himself. It is unclear whether any hostages have been taken. @TimesLIVE pic.twitter.com/zHhb73GrbI