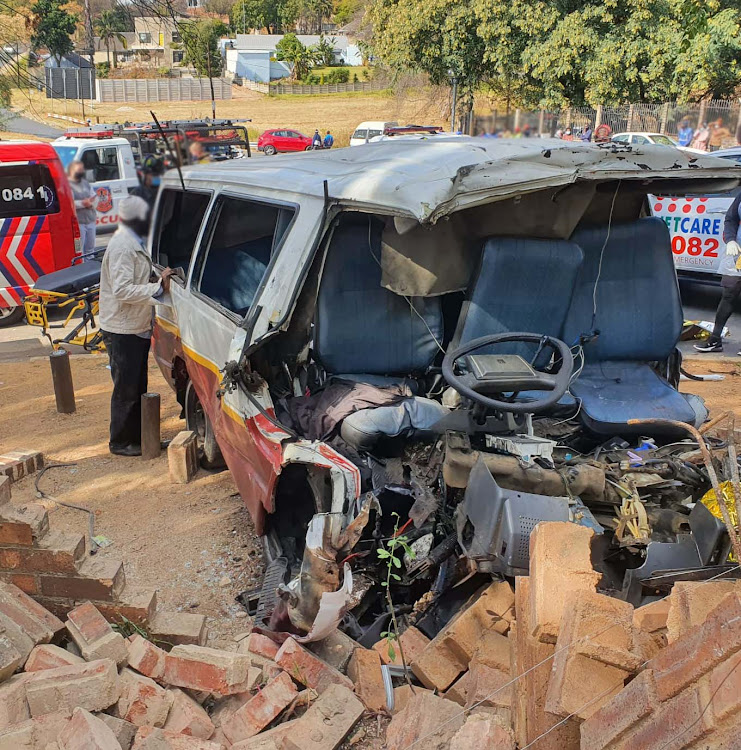 The accident took place on the corner of Hill and Fern roads, in Randburg.
Image: ER24

Twelve people were injured, five of whom are in a serious condition, after a taxi crashed into a wall in Randburg, Johannesburg, on Sunday afternoon.

The accident took place on the corner of Hill and Fern roads, said ER24.

“When ER24 paramedics arrived at the scene shortly before 12.30pm, they found most of the patients outside the taxi. Three occupants were found entrapped in the front of the taxi.

“They had to be extricated using the jaws of life.

“One of the seriously injured patients was airlifted to hospital by medical helicopter.

The exact circumstances surrounding the incident is not known to our paramedics, but local authorities were on the scene.

Emer-G-Med spokesperson Kyle van Reenen said paramedics arrived on the scene just after 7am to find injured passengers clambering to safety from the ...
News
2 weeks ago

Five people were injured when a minibus taxi crashed into a Johannesburg shop on Thursday afternoon.
News
2 weeks ago
Next Article