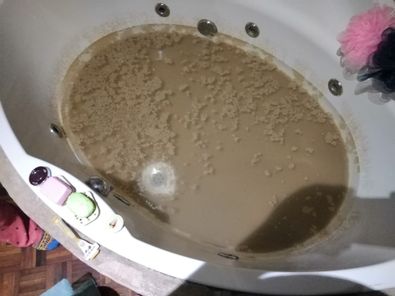 As the water crisis continues to deepen in the Nelson Mandela Bay municipality, the metro has issued a notice to residents informing them that the brown, bubbly water coming out of their taps is safe for consumption.

In a notice posted on Facebook, the metro said despite discolouration, the water was safe — but residents were having none of it. In the comments section they said the water is not just brown, but is smelly and oily, with some residents saying it has caused diarrhoea. 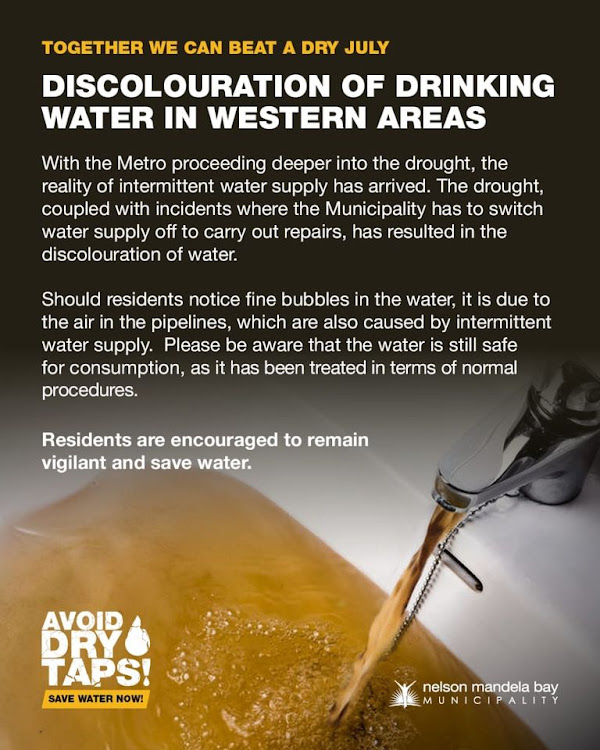 Resident Whitney van Belling said: “Municipality is disgusting. How can you tell people it's safe to drink that rubbish? And then you still expect people to pay levies on time — and if not, you just cut it.”

Another resident, Surika Sathorar, posted a picture of the water from her tap, followed by a comment: “This is definitely sewage that's been treated that was in my pipes yesterday!”

Jeandre Maritz du Plessis posted, “How is it safe to drink when it causes diarrhoea? It's not just discoloured, it's oily and smells.”

Bev Steven cautioned, “Just don't do your washing in it, the rust colour never comes out.”

Melisa Ebrahim proposed: “Maybe we should have someone from the municipality come drink the water.”

Last month, the drought-stricken metro — where total dam capacity is now under 12% — warned that if the already restricted consumption was not cut to 250 megalitres per day, areas such as KwaNobuhle and St Albans would be without water as soon as July.

It said other areas would soon follow — including suburbs like Beachview and Charlo in August, while the beachfront suburbs of Summerstrand and Humewood, as well as Walmer, could be dry by October. 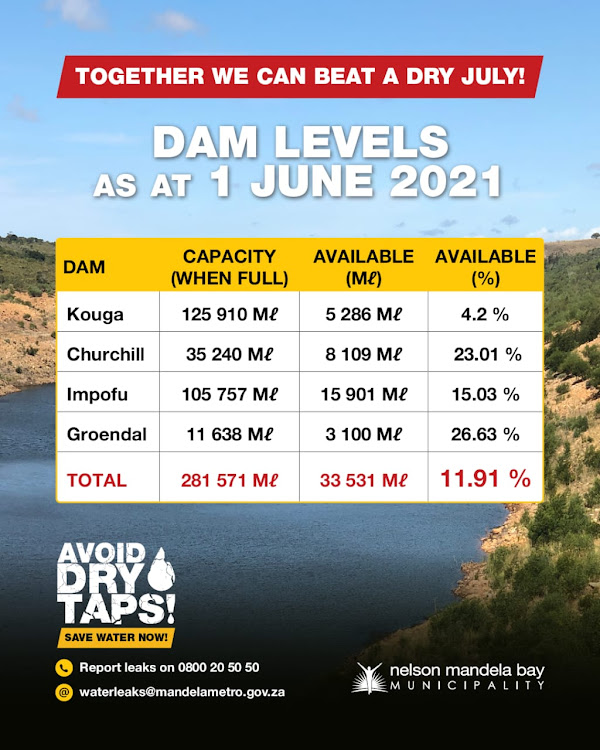 Some people in Fairland and Northcliff had been without water for as long as five days, says ward councillor.
News
4 months ago

Bring more water bottles and cash donations to buy Jojo tanks and drill boreholes.This is a desperate call by humanitarian organisation Gift of the ...
News
4 months ago
Next Article