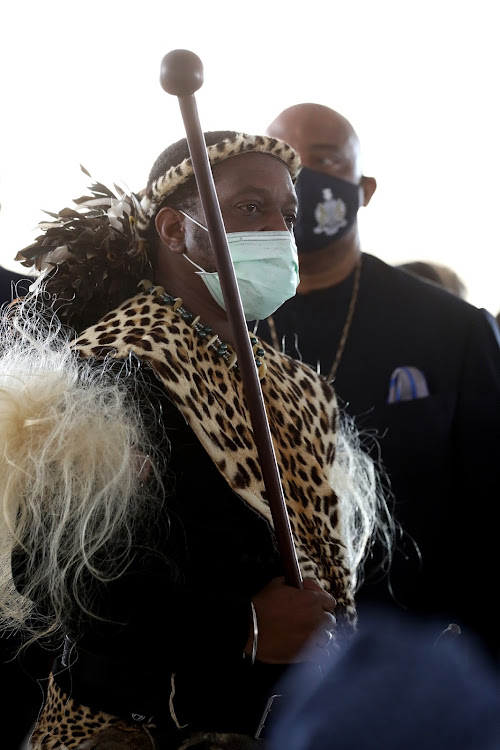 The new Zulu king, Misuzulu kaZwelithini, says there is a crisis in the Zulu kingdom but it will be resolved.
Image: File/ SANDILE NDLOVU

The new Zulu king has spoken out, saying the royal family and the Zulu nation will reunite.

King Misuzulu kaZwelithini Zulu — whose name means “strengthening the Zulus” — has broken his silence after his dramatic succession to the throne after the death of his mother, Queen Regent Mantfombi Dlamini Zulu, and father, King BhekuZulu Zwelithini, within weeks of each other.

Speaking on eNCA in an interview broadcast on Wednesday, the king, who is yet to be crowned, suggested that he was not surprised by the drama that unfolded after he was named successor to the throne.

“When somebody passes away in the family, whether it’s the head of the house, or the queen, I was expecting a lot of great challenges and great confusion,” he said.

“My charity will begin at home and I do believe that my family will come back to be one,” the new king added.

[ON AIR] AmaZulu King MisuZulu Zulu: “I will bring my family together to be able to show the Zulu people that unity within the family needs to begin at home.” Watch the exclusive interview live on #eNCA #DStv403 pic.twitter.com/16KVI8cai8

While his succession to the throne was publicly disputed by some members of the royal house, the prince said he harboured no bad blood with those who were challenging this.

“I don’t have anybody in my family who I can say I dislike for any reason. I do believe in my family. I am here as part of my family and I will bring my family together to be able to show the Zulu people that unity within the family needs to begin at home. I am looking at unifying the Zulu nation as a whole. It’s a great responsibility but I think I am ready, working together with my headmen,” he said.

I would like to thank iNkosi Mangosuthu Buthelezi for all the guidance he had been giving to the Zulu nation, the monarchy  and other traditional ...
Opinion
11 months ago

The high court in Pietermaritzburg is on Friday expected to hear an application by two of the late Zulu King Goodwill Zwelithini's daughters in which ...
News
11 months ago
Next Article