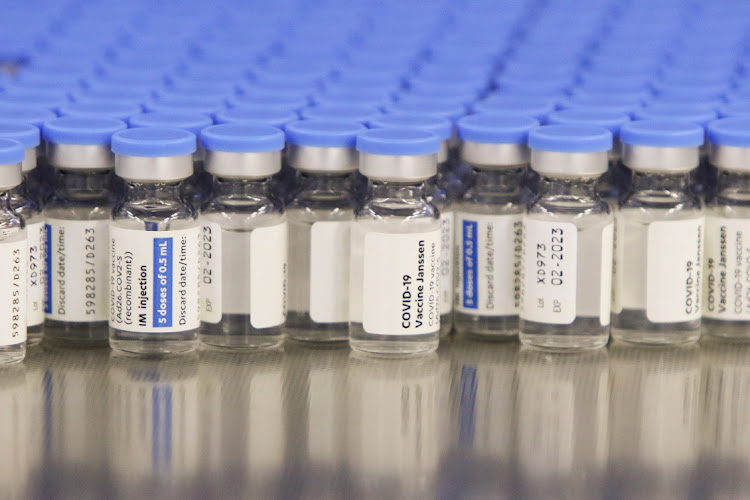 SA’s medicines regulator expects the US Food and Drug Administration (FDA) will approve the release of Johnson & Johnson’s (J&J) Covid-19 vaccines later this week, clearing the way for the government to rapidly scale up its mass inoculation drive.

The government’s plans to use the shot as the workhorse of its vaccination programme were dealt an unexpected blow in early May, after the FDA flagged problems at a US company contracted by J&J to make a key vaccine ingredient.

The development put a hold on millions of doses of J&J shots made by contractors that relied on the components made by Emergent BioSolutions, including SA’s Aspen Pharmacare, which at that stage had 1.1 million doses of the vaccine ready for dispatch. And it left the government with only limited quantities of Pfizer’s double-shot vaccine with which to begin the national vaccination programme on May 17, forcing it to get off to a slower than anticipated start.

“We know the FDA is busy with a site inspection at Emergent today [Wednesday]. Our expectation is they will come back to us this week,” said SA Health Products Regulatory Authority (Sahpra) CEO Boitumelo Semete-Makokotlela.

Once Sahpra received the FDA’s report, it would make a decision on whether to clear the J&J vaccines “within a matter of days”, No further tests would be required on the J&J vaccines manufactured by Aspen, she said, as the current hold related only to the manufacturing conditions at Emergent.

Emergent was forced to discard 15 million doses of J&J vaccines earlier in 2021 after staff accidentally contaminated them with components from another vaccine made at the site. An FDA report on its April inspection of the site found unsanitary conditions, peeling paint and violations of key manufacturing standards.

Health director-general Sandile Buthelezi told a summit hosted by the Black Business Council that SA expected to have the FDA’s decision by Friday, and would then quickly move to get J&J’s shot to sites. Documents presented to parliament in mid-April show the health department estimated at the time that it would take five days to dispatch and distribute J&J vaccines from Aspen to health facilities.

The government is currently vaccinating healthcare workers and people over the age of 60. By Tuesday evening, more than 1 million people had been vaccinated, of which about 480,000 were recipients of J&J’s vaccine under the Sisonke study, and 565,000 had received their first Pfizer shot. The daily number of vaccines administered had steadily increased in the past fortnight and stood at more than 70,000 on Tuesday, said Buthelezi.

A broad agreement had been reached by business, labour and government at Nedlac about workplace vaccination, and 89 sites covering 600,000 workers in different sectors had so far been identified. The first workplace vaccination site opened at Implats on May 24 and had already vaccinated 597 workers, he said.

Business for SA (B4SA) representative Lungi Nyathi said employers were expected to follow the government’s vaccination protocols and prioritise their oldest workers, particularly while vaccines were in short supply.

In a separate development, Chinese vaccine manufacturer Sinovac’s local representative Numolox said the World Health Organisation’s announcement on Tuesday that it had approved its coronavirus shot for emergency-use listing was expected to expedite approval in SA. Numolox has applied to Sahpra for  emergency-use authorisation and full market registration for the shot, branded CoronaVac.

Numolox head of compliance Anton Arendse said its offer to provide the government with 5 million doses still stood, but formal talks had yet to get under way.

More than 100,000 vaccinated during phase 2 of rollout

Plans to 'scale up capacity significantly in the coming days and weeks': B4SA.
News
1 year ago

Pregnant and breastfeeding women with comorbidities or at high risk of exposure to Covid-19 have been given the green light to receive the Johnson & ...
News
1 year ago

J&J vaccination rollout resumes with warnings of side effects

The Johnson & Johnson vaccination rollout programme, which was halted two weeks ago, resumed on Wednesday with strict warnings of side effects.
News
1 year ago
Next Article