Here's why some people are sceptical about Covid-19 vaccines 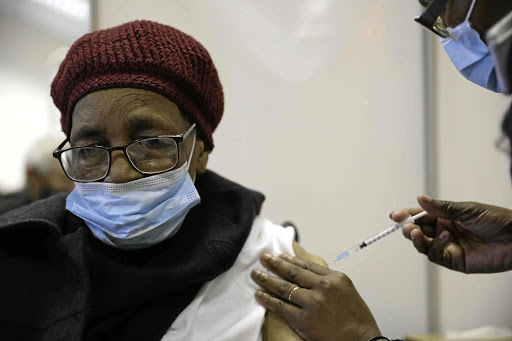 Hesitancy about Covid-19 vaccinations is being fuelled by a perceived lack of information from the government and the electronic system used to register for the jab.

These were some of the findings of a community action research project at an informal settlement in the south of Johannesburg.

Prof Kate Alexander, the South African Research Chair in Social Change at the University of Johannesburg (UJ), led the research project in Protea South informal settlement in collaboration with the Community Organising Working Group (COWG) of the C19 People’s Coalition.

Bongani Xezwi, a researcher who visited Protea South for three weeks, said many residents were sceptical about the vaccine.

Xezwi met four sangomas there, three of whom were opposed to vaccinations and one in favour of them.

He said the group, all 60 and older, did not understand the “waves” of the pandemic and were angry at being excluded from education about the vaccines.

“They were very much sceptical about the vaccine. Out of that meeting, one of the traditional leaders had a change of mind,” Xezwi said.

The minister said the vaccination of teachers and other frontline workers will depend on the availability of vaccines.
News
4 months ago

Emily Mohapi, 99, was one of the first people from the area to receive a vaccine. She was initially afraid but put on a brave face and was accompanied by Xezwi.

“I was scared because people used to say you die if you get vaccinated. I am now telling others that they said you die but I am still alive. I am thankful that he took me to the vaccination site,” she said.

Mohapi said she felt no pain while being vaccinated.

Xezwi said having registered for the vaccination, Mohapi did not get a confirmation SMS to go and get the jab and that was a problem that others faced. “The system on its own is troubling,” he said.

He recommended that people be taken to vaccination sites or that vaccines be taken to recipients.

“Metros and local municipalities should second or recruit staff to co-ordinate transport for poorer people to reach vaccination sites. The transport could be taxis, volunteers’ cars, private taxis or buses. In addition, there should be a move towards using mobile vaccination units,” he said.

“The registration system as it is currently used is a true reflection that the South African government prioritises profits over people's lives. It is clear that accessibility to EVDS [the Electronic Vaccination Data System] by the working class and the poor was not a consideration when the system was created,” she said.

She said older people did not know how to use the technology, did not have money to buy data and said their state pensions were not enough to make ends meet.

Burkina Faso, one of several countries in Africa that has yet to launch a COVID-19 vaccination campaign, received its first shipment under the global ...
News
4 months ago

The health ministry said on Friday that there were 4,576 new Covid-19 cases recorded in the past 24 hours, on the back of 4,424 infections the day ...
News
4 months ago
Next Article