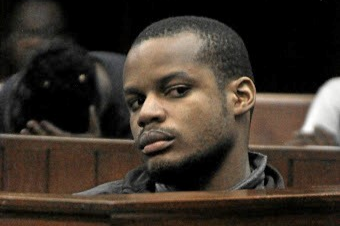 Mitspa Oyoka in the dock in the Cape Town high court earlier in his trial. File photo.
Image: Mike Behr

Mitspa Oyoka, the Congolese man who killed Irish aid worker John Curran in his Cape Town Lodge apartment in 2018, was sentenced to 18 years in prison by the Cape Town high court on Tuesday.

The 27-year-old pleaded guilty to murder, the theft of Curran’s cellphone, fraud for selling the phone to a second-hand dealer, and being in SA illegally.

According to a plea and sentencing agreement, Oyoka completed his matric in the Democratic Republic of Congo. His parents did not have enough money to pay for his future studies and in 2017 he arrived in SA and worked as a cleaner earning R3,500 a month.

Curran was a 63-year-old aid worker who was conducting charity work in SA. 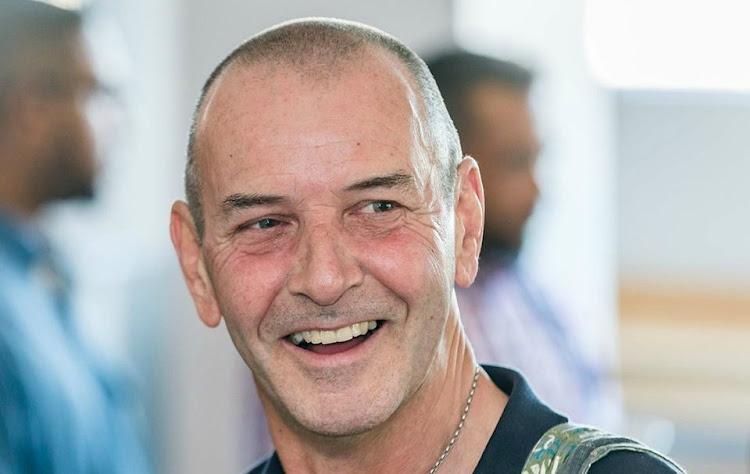 John Curran was killed in his flat in Buitengracht Street in the Cape Town CBD in November 2018.
Image: Facebook

Oyoka said he met Curran two weeks before the day of the murder, November 6, when  Curran invited him to visit him at his apartment at 2.30pm.

According to Oyoka, he and Curran had a drink before the Irishman made sexual advances toward him. He said at one point he decided to go to the bathroom to escape the unwanted attention.

Curran followed him and Oyoka said he became “annoyed” and pushed the older man away. Then, without further  provocation, Oyoka grabbed a knife from the kitchen and repeatedly stabbed Curran.

When he realised Curran was still alive, Oyoka beat him to death with a frying pan.

Curran’s body was found the following day by a domestic worker.

Standing in the dock on Tuesday, Oyoka appeared strong and physically formidable. On his mask he had written in blue pen: “In God we trust”.

His hands were clasped tightly together in front of him and the small self-soothing motions he made with his fingers were the only indicators Oyoka was distressed. 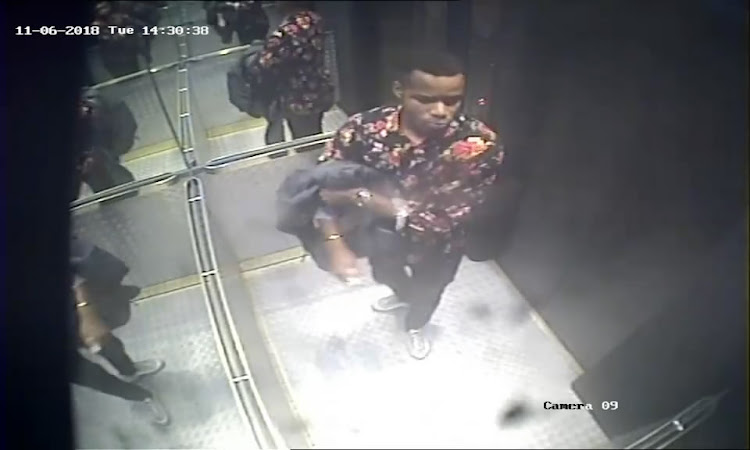 Mitspa Oyoka was seen on CCTV in a lift in John Curran's apartment building.
Image: SAPS

“I admit it was not necessary for me to act in such a manner, nor was I in any danger as I could have just left the apartment after I pushed the deceased away. I further admit my actions were unlawful,” he said, his words read out by prosecutor Leon Snyman and repeated in French by a translator.

“I admit that when I stabbed and hit the deceased I foresaw my actions could result in the death of the deceased. I further admit I reconciled myself with this foreseeability and still continued with my action.”

Oyoka said he decided to leave the apartment and on his way out he saw Curran’s new cellphone on a table. He took the phone to Cash Crusaders in Parow and told a cashier he had cleaned the house of a German woman who paid him with the cellphone. The cashier gave him R5,100 for the phone.

Judge Selwyn Hockey agreed with the agreement between the state and Oyoka’s defence counsel, William van der Schyff, that an effective 18-year prison sentence was just.

The sentence is composed of the minimum 18-year sentence for murder, three years each for theft and fraud, and 12 months for contravening the Immigration Act. The sentences will run concurrently and Oyoka will be deported when he is released.

Snyman said aggravating factors in the case included Curran’s status as someone working for the benefit of society, his status as a patriarch in his family and the fact that violent murders have caused considerable distress in society.

“The family of the deceased is traumatised by the offence, more so since they are not able to attend these proceedings,” said Snyman.

The state agreed that Oyoka had a clean record and showed remorse when he pleaded guilty to the charges against him. Oyoka had also asked for an opportunity to apologise to a representative of Curran’s family who was present in court.

He turned to the representative, who was sitting in the gallery, and speaking through his French translator he told her he hoped his apology would help the family to recover from the pain he had caused them.

“I wanted to give apologies to the family. I know that saying sorry cannot fix this thing I did. But I know that over time it will reduce the pain you feel because it took me almost one year to forgive myself,” he said.

“I know white people don’t believe in witchcraft. But I know everything I did in that time is not me. Sincerely I ask you to forgive me.”

The young woman cried while listening to his apology.

A 30-year-old man is set to appear in the Theunissen magistrate's court on Tuesday after he was linked to a murder that allegedly occurred on a farm ...
News
5 months ago

Cable thieves are running amok, terrorising a community in Joburg as they search for buried electricity cables in the neighbourhood digging up ...
News
5 months ago

An acting station commander at Ndwedwe police station in Durban has been shot dead.
News
6 months ago
Next Article