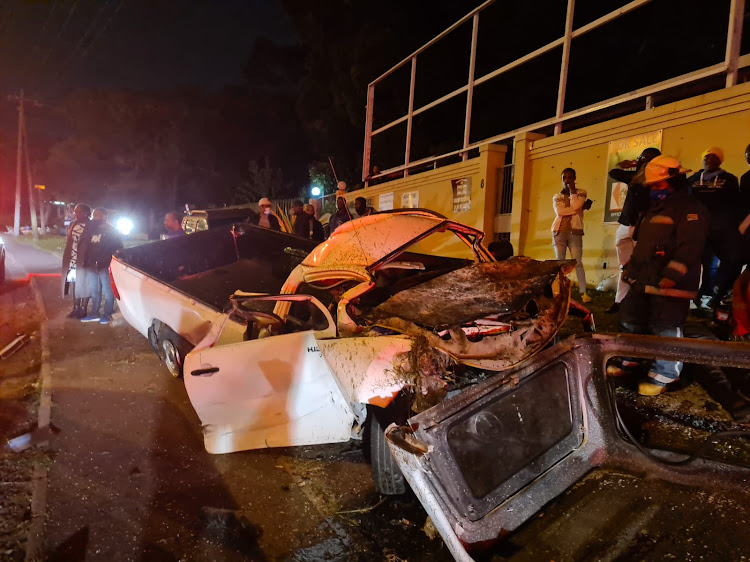 At least two people have died and about six were injured after a bakkie rolled off a freeway bridge in Durban and fell on to the road below.
Image: Emer-G-Med Paramedics

At least two people died and about six are injured after a bakkie rolled off a freeway bridge in Durban and fell on to the road below.

Emer-G-Med Paramedics said that the accident took place on Brickfield Road in Mayville about 7pm on Monday.

“A light delivery vehicle fully laden with passengers has rolled off the N3 bridge and come to a rest on the road below. Two people have been killed while five are in a critical condition,” Emer-G-Med said.

KZN VIP Medical, which was also on scene, said seven people were in critical condition and had been transported to hospital.

Five people were injured when a minibus taxi crashed into a Johannesburg shop on Thursday afternoon.
News
1 year ago

When DJ Ganyani Tshabalala waved to fellow artist Mojalefa “Mjokes” Matsane on Saturday while playing at Disoufeng Pub and Restaurant in Meadowlands, ...
Entertainment
1 year ago

The Gauteng department of roads and transport has called for an urgent investigation into a bus fire which claimed the lives of six people on Friday.
News
1 year ago
Next Article