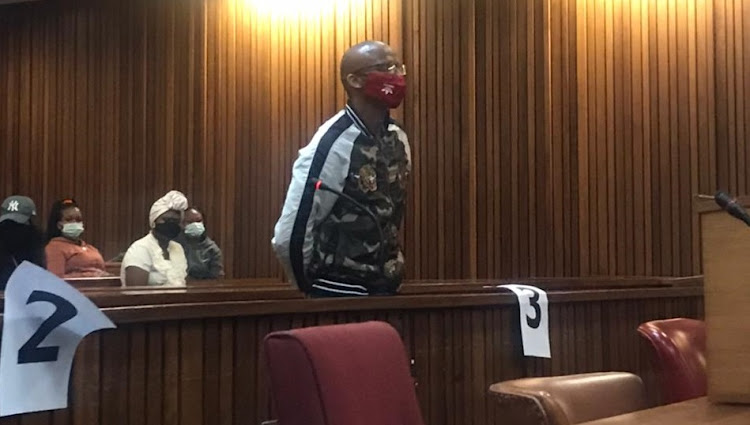 Sello Abram Mapunya terrorised the communities of Atteridgeville, Mamelodi, Olievenhoutbosch and Silverton from 2014 until he was arrested in March 2019.
Image: Tankiso Makhetha

A serial rapist who terrorised communities in Pretoria has been sentenced to five life terms and 1,088 years' imprisonment for a raft of crimes he committed.

The North Gauteng High Court ordered that the sentence imposed should not run concurrently as the crimes were committed in various townships  over a five-year period.

Judge Papi Mosopa made the order after sentencing Sello Abram Mapunya for rape, house break-ins, assault and robbery with intent to cause grievous bodily harm.

The 33-year-old terrorised communities of Atteridgeville, Mamelodi, Olievenhoutbosch and Silverton from 2014 until he was arrested in March 2019.

While handing down sentence, Mosopa said: “I am not going to order concurrent sentences because they did not take place at the same time. When the accused started his criminal activities, he would threaten his victims. But he developed a propensity to violence where victims were stabbed with knives and screwdrivers. Some were assaulted with hammers.

For Sgt Refilwe Tladi, seeing serial rapists being convicted brings her closure as a rape survivor.
News
7 months ago

He said the Mosopa broke into the homes of his victims between 1am and 4am while they were asleep, shone a light from his torch in victims’ faces to avoid being identified and instructed them to cover their faces with blankets before raping them.

He said victims failed to identify him and that he was linked to the crimes through DNA and fingerprints.

“There were 11 victim impact reports presented to the court. This is not enough because you are convicted of 55 counts of rape. It is common cause that all the victims were left traumatised. Some became suicidal and they have developed anger towards males in general as result of what the accused did to them,” said Mosopa.

“Most have relocated from where they lived, some left their employment. One victim, who was 14 when he raped her, struggled at school and her grades dropped. She had to repeat a grade and said her soul was left crippled for life. Another victim tested positive for HIV six months after the accused raped her,” he said.

A victim, who asked not to be named, told Sowetan that she was thrilled with the outcome of the case and would now have closure.

“I have been suffering for the longest of time. I did not think that this day would come where I would get closure on my incident,” she said.

Sentencing of Sello Abram Mapunya, who raped and robbed 56 women across Pretoria over a period of five years, has been postponed until Thursday.
News
8 months ago
Next Article