Thumbs up and Downer: Zuma specifically picked Mpofu to represent him 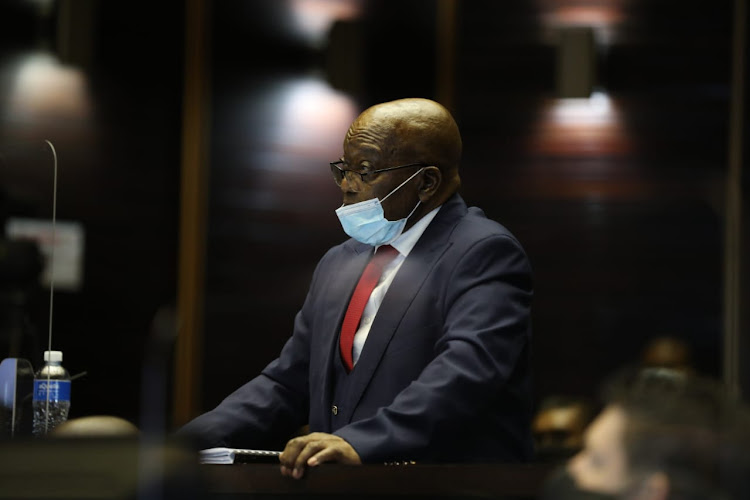 Former president Jacob Zuma asked for adv Dali Mpofu to represent him at his fraud and corruption trial.

A well-placed source confirmed shortly after court proceedings at the Pietermaritzburg High Court were adjourned on Wednesday, that Zuma had specifically asked for Mpofu.

“Why did Dali Mpofu take this case? Because the client asked his attorney to brief Mpofu, and his attorney did so; Mpofu took on the case. Zuma wanted Mpofu to represent him,” he said.

Zuma believes that if his application to remove Downer is successful, he should be acquitted.

On Wednesday morning, Mpofu confirmed he would represent the former president. He told the court Zuma reserved his right to not disclose the basis of his defence against fraud and corruption charges.

The court has heard that Zuma is pursuing a special plea calling for the removal of lead prosecutor adv Billy Downer.

Mpofu told the court Zuma believed his right to a fair trial would be jeopardised because Downer was not impartial.

He said Downer was a witness against Zuma when the DA called for a review after the National Prosecuting Authority did not want to pursue charges against the former president.

This was an example of Downer being driven by a political motive and not being impartial, Mpofu said.

Zuma believes that if his application to remove Downer is successful, he should be acquitted.

However, Downer told the court that counsel had been instructed to deal with the special plea, as he could not do it because he was the subject of the application.

NPA spokesperson Sipho Ngwenya said advocates Wim Trengove, Andrew Breitenbach, Hephzibah Rajah and Ncumisa Mayosi had been appointed and “effectively given a delegation in terms of the NPA Act to be prosecutors in this matter”.

The matter will be argued on July 19 after both parties exchange heads of arguments.

Zuma’s plea is his latest move to put an end to the prosecution. Zuma is accused of receiving an annual bribe of R500,000 from French arms dealer Thales for protection from an investigation into the controversial arms deal.

The alleged bribe was facilitated by Schabir Shaik, who was Zuma’s former financial advice.

After the formal proceedings Zuma headed outside where hundreds of supporters sang and danced as they waited in Freedom Square to be addressed by him.

The Pietermaritzburg high court must rule on whether Thales SA is an "unfortunate unfair casualty" of the more than decade-long process to prosecute ...
News
9 months ago

Former president Jacob Zuma has reserved his right to not disclose the basis of his defence against fraud and corruption charges.
News
2 months ago
Next Article