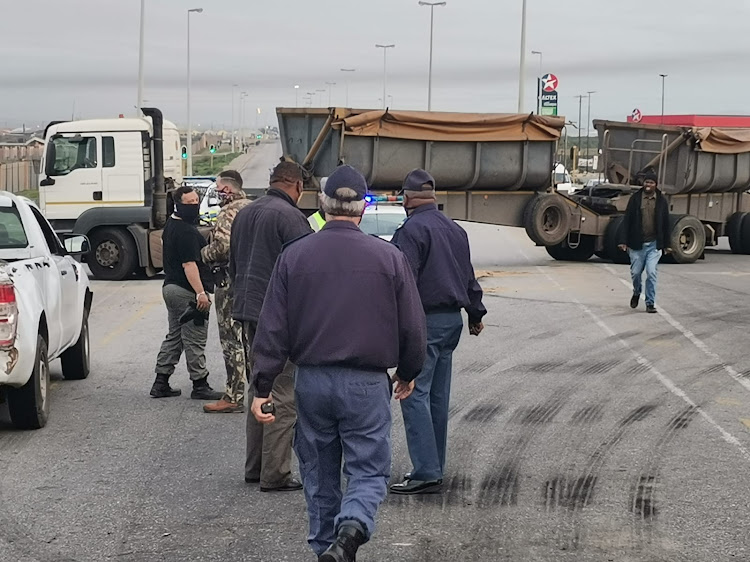 Payment disputes between drivers and taxi owners linked to the Uncedo Service Taxi Association are behind the strike in Nelson Mandela Bay.
Image: Eugene Coetzee

Routes around Motherwell, New Brighton and KwaDwesi were blocked by protesters, while access routes to Gqeberha’s northern areas and routes to and from Kariega were also disrupted, HeraldLIVE reports.

Residents reported a truck was set alight near Motherwell, and motorists have again been warned to take care on the roads and avoid routes where protest action has been prevalent.

Protesters tried to hijack a truck in Markman on Wednesday morning. This as a taxi strike which started on Tuesday morning continues across large parts of Nelson Mandela Bay.
📹 @ecoetzee pic.twitter.com/vlcn0le21g

Roads where protests have been reported include the R75 near KwaDwesi  and Old Uitenhage Road near Kleinskool. Daniel Pienaar Road (Addo Road) and the R335 past Motherwell were blocked in places.

There were reports about protests in Missionvale Road between Windvogel and Algoa Park and Ntshekisa Road in New Brighton was also flagged.

DA calls for calm in Orlando amid violent protest

The DA in Soweto East 1 is calling for calm in Orlando East, where people have been protesting violently over a basic service – electricity.
Opinion
5 months ago