Police and Ipid should not be at war, says deputy police minister 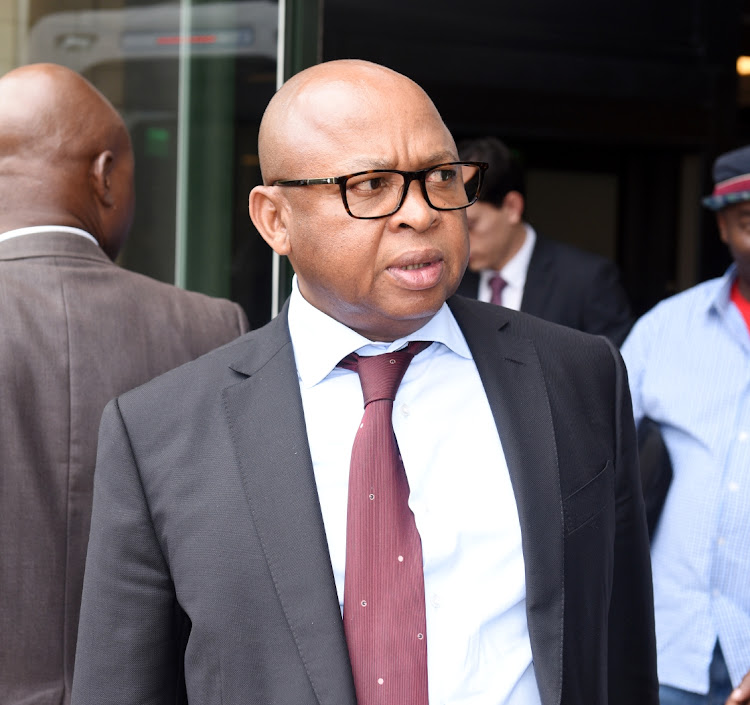 Deputy police minister Cassel Mathale says the police and watchdog Ipid should complement and each other and promote professionalism in the police force.
Image: Freddy Mavunda

The Independent Police Investigative Directorate should not be seen as being at loggerheads with the South African Police Service. Instead, their work should complement one another.

This was a plea made by deputy police minister Cassel Mathale after both institutions tabled their reports on discipline management before parliament’s police portfolio committee on Wednesday.

“Ipid is not an instrument that was created to be an antagonistic force against the police. Nor are the police supposed to look at Ipid as a problematic institution. These institutions are meant to complement each other, particularly Ipid, in ensuring that the professionalisation of the SAPS is realised,” said Mathale.

Earlier, divisional commissioner for human resources management Lt-Gen Lineo Ntshiea told parliament that there was a general lack of discipline within the police service.

“Of the 4,087, a total of 686 are Ipid-related cases involving 1,270 members. There are 3,401 other cases relating to corruption, irregular expenditure and sexual assault," said Ntshiea.

She said that of the 3,401 cases, 271 members were suspended and 167 employees were dismissed.

Ipid’s executive director Jennifer Ntlatseng told MPs that there were 6,122 recorded cases in the 2020/2021 financial year.

She said there were 11,578 cases which were carried over. Of that number, the majority were cases of assault, followed by the discharge of a firearm. There were 794 deaths as a result of police action, 665 cases of torture and 184 other cases of misconduct reported.

The provinces with the most cases were the Western Cape, followed by Gauteng, KwaZulu-Natal, the Eastern Cape and the Free State.

MPs expressed serious concerns, and recommended that SAPS and Ipid return to the committee with a thorough analysis of their statistics because in some cases the numbers did not correlate.

DA MP Andrew Whitfield said it would appear that the police were “paying lip service” to the recommendations made by Ipid. He added that he did not believe that there was a good relationship between the police and the watchdog body.

“There is a general lack of disciple among many police in South Africa. Uniforms are untidy, just basic discipline [is a problem] and we do not see the kind of leadership [required] on the ground," he said.

Whitfield was not the only one who was worried. Committee chairperson Tina Joemat-Petterson said it was clear that there was no consequence management in the service.

“I want to know why the police watchdog has not acted on this,” said Joemat-Petterson.

For the EFF’s Henry Shembeni, it was the many cases within crime intelligence that piqued his interest.

"I think something must be done. We need to know exactly what is happening there. On the 477 cases of torture and assault, I think something is not right. That also goes with discipline. Are our constables not well trained?”

The ANC’s Princess Faku put recommendations on the table.

“I want to propose to the national police commissioner that the police members sign a code of conduct. This is very important as ethical conduct should be practiced and public perception that policing is professional should be maintained,” she said.

As far as he was aware, the two institutions worked well together.

“Areas of concern had not been brought to my attention, but of course where there are, we believe that the executive manager will bring them to my attention,” said Sitole.

He assured MPs that the police were not undermining Ipid.

MPs recommended that SAPS and Ipid bills be amended to avoid accusations of one institution undermining the authority of another.

Cop 'shoots girlfriend in the head' in Bloemfontein

A police sergeant from the Free State has been arrested after he allegedly shot his girlfriend in the head at the weekend, Ipid said.
News
8 months ago

Two police officers who arrested a woman for possession of homemade booze during the hard lockdown last year have been arrested for fraud.
News
8 months ago

Ipid is probing the death of a man who was allegedly shot dead by police officers in Lusikisiki in the Eastern Cape this week.
News
9 months ago
Next Article